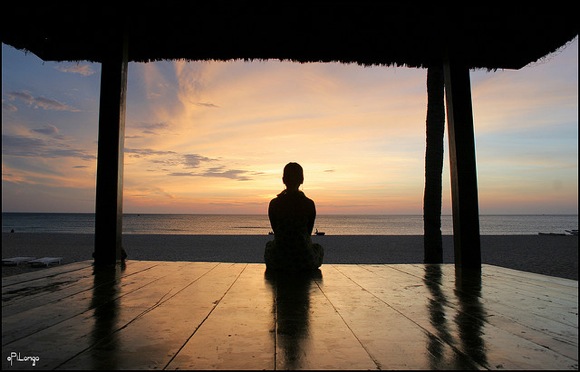 The title of this blog post came to me as I poured my second cup of coffee.

While I’ve yet to read Robert Maynard Pirsig‘s Zen and the Art of Motorcycle Maintenance, I recall laughing the first time I heard the title. In researching his ideas further this morning, the book is now officially on my reading list.

“I’ve wondered why it took us so long to catch on. We saw it, and yet we didn’t see it. Or rather we were trained not to see it. Conned perhaps into thinking that the real action was metropolitan and all this was just boring hinterland. It was a puzzling thing. The truth knocks on the door and you say, ‘Go away. I’m looking for the truth.’ And so it goes away. Puzzling.”

My bagel grew cold as I pondered this passage further. He’s captured a kernel of truth here. As I’ve gotten greater distance from the messy morass of my infertility experience I’ve acquired a new appreciation for the “con” infertiles have to push through to find our own truth. When we’re conditioned to believe that “the real action” can only be found in one kind of lifestyle, when we’re trained to believe that we’ll be denied the fullness of life in going into the “hinterland,” we hesitate, we hyperventilate, we are reluctant “to catch on.”

Whether it’s Mr. Pirsig or Joseph Campbell or Pema Chodron I find myself attracted these days to philosophers and societal observers. Inevitably their words bring new insights and new ways to process and evaluate.

There will be judgment about why we’re not parents. There will be misunderstandings about the path we’re on. There will be condescension. There may even be pity or jealousy.  Each of us must find our own truth, and when we do there’s peace. As Mr. Pirsig writes:

The place to improve the world is first in one’s own heart and head and hands, and then work outward from there.

I observed how much quieter and at peace my heart and head have become as I sat through a documentary screening about breakthroughs in science at work earlier this week. In the film, a woman speaks calmly about the day she was diagnosed with cancer. When she went on to say that the doctors informed her she had at best 18 months to live, my colleagues in the room visibly shuddered as did I. She tightened her jaw and explained that after much crying she decided to fight. Smiles appeared around the room and you could almost feel the commitment to do the same from everyone in their seats. Then the emotional separation occurred. I found myself on an island — don’t get me wrong, it’s a nice island, but an island nonetheless.

“I had to fight,” the woman said, “for my children. I wanted to be there for their first day of kindergarten, their first soccer or baseball games, their first puppy love, their graduation day…”

The room almost collapsed into tears as the parents surrounding me empathized so hard they gasped.

Years ago such a collective bonding of parental concern and devotion to living only for their children would have launched me into lunar orbit. Instead, I found myself wondering how the room would have reacted if this woman had said her desire to fight came from the motivation to fulfill longstanding dreams, to contribute her talents to society, and to be a good person who made the world a better place. She did all of the above in starting a foundation and working to advance a cure for a rare form of cancer. But what everyone focused on was that she has been able to live to see her two children into high school.

See also  Free To Be You and Me

I was able to see and value the woman in the documentary as more than a mother, unlike my colleagues around me. Not only was I in a state of “zen-like” peace in that moment, I was seeing life in 3D. Too often we’re conditioned to see or experience life only in one way. Whether it’s the zen of motorcycle maintenance or cancer or infertility we have within us the capacity to reach into new dimensions.

So among my resolutions is to further embrace Mr Pirsig’s philosophy:

Which of your engines is overdue for maintenance?

15 thoughts on “Zen and the Art of Living After Infertility”