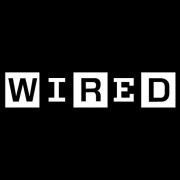 Egg freezing inadvertently gave birth to a much bigger set of conversations. It began when the business and technology press turned its sights on the topic prompted by news from Apple and Facebook. Until just recently,  any reproductive medicine coverage had been relegated to health, bioethics and women’s media outlets. The move to a much bigger stage is due in large part to the fearless health and human rights advocate and educator Miriam Zoll. She has been working tirelessly behind the scenes to research, synthesize and share many otherwise hard to locate health studies and bioethics concerns associated with egg freezing and artificial reproduction during the past year. Miriam has generously shared her data sources and tenaciously sought out influencers, as well as lectured on college campuses and written many important pieces of her own.

As a result of her efforts a slew of new articles have been written and published. Most recently she took the facts to The New York Times in Room for Debate. Last Friday she appeared on Inside Story with host Ray Suarez.

If it had not been for her gentle but steady, encouraging voice this week I would not have mustered the energy necessary to write and pitch not one but two first person accounts. The second in-depth piece went live this afternoon on WIRED magazine. You can read the whole story, The Sobering Facts About Egg Freezing That Nobody’s Talking About here. (Thank you, Miriam).

Whether it’s Masters of Sex on Showtime, or the recently published book, The Birth of the Pill: How Four Crusaders Reinvented Sex and Launched a Revolution by Jonathan Eig (an engaging must read), history shows that medicine and procedures impacting the sex organs have an unusual, awkward and, at times, alarming set of lessons for us.

In an interview with NPR’s Fresh Air host Terry Gross, Eig describes the individuals responsible for developing the pill this way: “They were sneaky about what they were doing — skirting the law, lying to women about the tests they performed and fibbing to the public about their motivations.”

It seems there is a history of bad behavior from those involved in profiting from reproductive medicine.

Whether in developing procedures or medicines to prevent pregnancy in the 1950s or pioneering new ways to help couples improve their fertility outcomes in more recent decades — doctors and scientists seem to have lost sight of a more basic code of medical conduct: do no harm.

Welcome your blog comments as well as any tweets and shares.