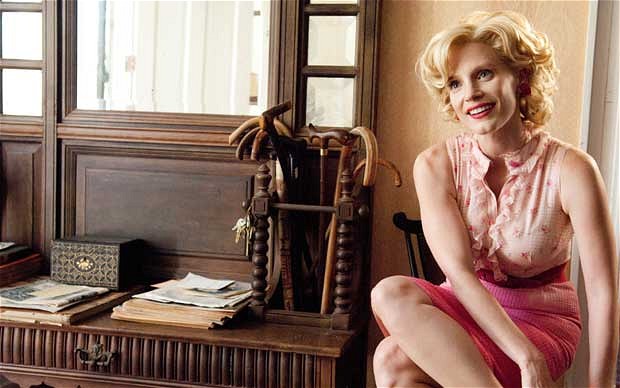 Much has been written about The Help — the book and the movie.

I made a point of carving out 146 minutes to lose myself in the film after the August 10 opening sparked new debates about character authenticity and raised questions about who is best equipped to tell the complex stories of women living in a turbulent and racially charged time in American history.

Among the many commentaries I read about the film was this assessment by Chicago attorney and writer Kimberly Egonmwan. She makes a strong closing statement:

“We want to be seen as we are: women who are at the foreground of our own lives, and not in the background of someone else’s.”

Imagine my surprise when, after the depiction of societal oppression and civil rights struggles that brought me into the theater, I walked out identifying most directly with a background character.

Celia Foote is a young woman lost in a society that values everything she is not. She lived in a time when well-bred Southern white women were expected to marry well and have babies — lots of them — raised by “the Help.” Celia is not well bred, but she does have a heart of gold and unexpectedly marries well when she gets pregnant. In time we learn that Celia carries a painful secret — an inability to stay pregnant — something she initially hides from everyone, including her husband.

Among the many scenes in this well-acted film that brought tears to my eyes was the one where Celia is openly shunned by vicious white women who refuse to allow her into their living room and their society. They leave her on the porch, as she describes “like a vacuum cleaner salesman.”

While her infertility wasn’t the reason she was left on the outside looking in, I felt her alienation viscerally.

I was also struck by the fact that, in the end, Celia had the only marriage that was genuinely happy.

Infertility in the 1960s was only a footnote in The Help, but it jumped off the screen for me, as it usually does. Not surprisingly, it’s one of many lenses through which I see society — past, present and future.

Coincidentally, earlier in the weekend, the film, Immediate Family, concerning a subject I know intimately, came to our TV screen. Made at the end of the 1980s, this film offered a weirder view — bad hair and all — of infertility. It was produced by Lawrence Kasdan of The Big Chill acclaim, which is, no doubt, how it made it into our Netflix queue in the first place.

The movie certainly put infertility front and center … but something about the inauthenticity of the protagonists, the melodrama, and the clunky bias of the times led us to fire the film midway into our viewing. I learned afterward that the Immediate Family screenplay wasn’t written by a woman who experienced infertility. It was penned by someone who was “struck that so many of her friends who had waited until their mid-30s to have children were encountering difficulties.”

Curious that two different films shot in two different eras could portray a timeless experience in such startlingly different tones, but it was the film where infertility played a cameo role that hit the mark.

11 thoughts on “Two Movies, One Gets it Right”