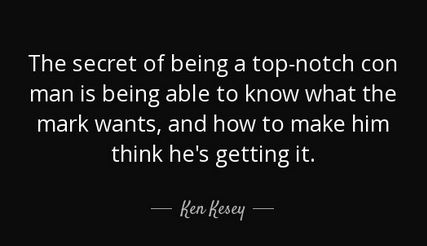 Triggered is a word I don’t take lightly.

To be triggered is when anything, as an act or event, serves as a stimulus and initiates or precipitates a reaction or series of reactions. That’s why a trigger warning now seems appropriate. The correlations I draw here might leave you triggered. You may want to skip this post entirely.

It took me nearly a decade to fully understand my trauma triggers and why they evoked such a visceral reaction. To recap for those newer to my blog posts.

Some of my triggers over the years have included:

I was reminded just how intensely my grief and pain consumed me following three devastating rounds of failed IVF. My triggered response resurfaced when a dear friend now living far away and not on social media wrote to update me on her life and ask about mine this past week. In her letter was this memory:

“I still remember vividly spending time talking with you in the car after the dinner in Los Gatos. I have seldom experienced such raw and honest rage and pain.  You opened my eyes to my own insensitivity and that of others.  People make such careless comments, not realizing that the collateral damage can be stunning.”

Clearly, our post-dinner conversation some 10 years ago made a lasting impression.

See also  Trapped in a Dream Cul-de-Sac? 'The Next Happy' Provides Path Forward

Further muddying the waters [bctt tweet=”While we talk ‘momhood’ and ‘dadhood’ in all aspects of sports, politics, celebrity or social circles” username=”SilentSorority”] it’s still not acceptable to openly grieve IVF losses or to leave some space for those involuntarily childless. (Tip: By the way, keep your pity in check. We do not want it. Instead, simply hear with an open mind and heart and acknowledge the complex emotions that result).

I’ve written at length about the slick marketing of IVF. Show me a fertility clinic website or social media feed that says, “WARNING: IVF fails more often than it succeeds” and then I’ll concede we’re in a new, honest era where reproductive medicine is concerned.

So, now perhaps you can see why this recent national election has left me triggered in a related way.

There is nothing ‘normal’ about this impending presidency. The specter of a con man in office is chilling, unnerving and downright dangerous. We all must remain vigilant and hold him accountable to the people he is elected to serve. As Sarah captured so perfectly, infertility actually have prepared me better than I knew for a Trump presidency. She writes:

“Wishing deep in my heart of hearts that Trump does a good job is much like wishing for a pregnancy on the heels of multiple failed fertility treatments; you want it more than anything but know on a level it’s probably not going to happen.  Most of all, I was shocked that I was shocked.  When one loses their children to infertility after years of trying and doing everything right only to walk out into a sea of indifference (please read the “you can have mine”, “you’re lucky”, “you can always foster or adopt” “it wasn’t meant to be” and “at least you can travel now” minimizations), one’s list of what will shock them in life from that day forward becomes severely truncated.

So it started to dawn on me that, by chance, I’m already set up for this, this Trump presidency thing.”

That’s also why when I saw this headline, On the Internet, to be ‘Mom’ is to be Queen, last week in The New York Times, I thought. Nope. Not gonna let this trigger me. I got this.

See also  Getting It Together Old School

How about you? You doing alright? Let me know either way.

10 thoughts on “Triggered In A Way I Didn’t Expect”