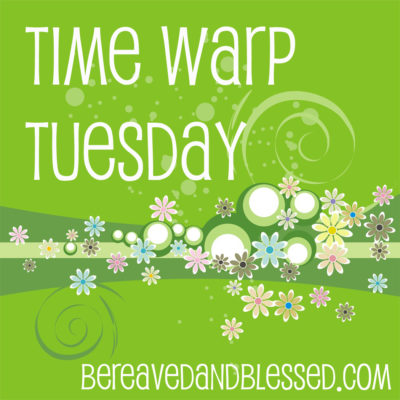 When was the last time you took your own advice? And I mean put your very own recommendation into action. It’s usually much easier to hand out advice than it is to act on or internalize your own, isn’t it?

Advice is the theme for this month’s Time Warp Tuesday blog hop/writing exercise. This monthly activity involves revisiting blog entries from the archives and reflecting on our journeys since we once sat down to write (or read) them. Thanks for the prompt Kathy and for sharing Lori’s father’s advice to “Draw a wider circle. Include yourself in it.” I see the connection in my own blog post selection.

I was going to choose When Advice Doesn’t Pass the Sniff Test, a post I wrote in October 2007 about the clueless response Dr. Phil conveyed to a woman diagnosed with infertility who was struggling with her emotional response to pregnant women and friends with young children.

But instead I’d like to focus on You’re The Star of Your Own Life, a post I composed with a glass of Cabernet Sauvignon warming my veins. It was November 2010 and I was mulling over a few emails from blog readers seeking answers and advice about how to adjust to a life after an infertility diagnosis that didn’t involve motherhood. One email contained these observation:

I have learned to accept feeling left out, losing my “mom” friends, societal insensitivity, and running into every pregnant person in town when I go to the grocery store, but the part that bothers me the most is whether or not, when all is said and done, that my life will matter.

It was a poignant, searching and familiar set of sentiments that I’ve heard echo through the blogosphere from women adrift in a sea of confusion after their dreams of motherhood didn’t materialize. It prompted me to think about my own life. How had I managed to move from the place of alienation and darkness that accompanied infertility’s searing grief to a life of purpose and fulfillment. In response, I shared a few lessons and ideas about not only surviving but thriving, including these thoughts:

It’s easy to see how we buy-into the myth that there is only one way to live a meaningful life. We’re surrounded by messages every day that have the power to belittle or marginalize us if we allow them to own or control us. It’s self-defeating, though, to accept at face value someone else’s idea of what life is supposed to be like.

Remember this: You’re the star of your own life. You get to write the script, design your costumes, own the stage, and sing your own tunes.  Make it yours!

Some two and half years later I re-read those optimistic, encouraging words with a new sense of appreciation for my own reinvention and the sometimes clumsy attempts I made to outfit myself in a new identity, to nullify unpleasant stereotypes associated with women who are not mothers and to see a new world unfold before me from a different stage.

See also  Who Shapes History? We Do

Revisiting the post also called up images of women I’ve had the good fortune to meet who also turned their eyes and their many talents toward building new lives — strong, creative women who have art directed and written new scripts for themselves like Tracey Cleantis now writing a book, Irina Vodar who is creating a film, Marni Rosner who has authored pioneering research, Monica Wiesblott who expresses life through photography exhibits, Jody Day who has birthed an internationally active community, Lesley Pyne who has launched a new support network, Gillian Guthrie who hosts gatherings and Lisa Manterfield who channeled her nurturing energies into helping others thrive.  And these are just some of the many who started down one path and ended up on another.

There were more than a few days when I had to remind myself to take my own advice and in the company of great role models, I’m all the better for it.