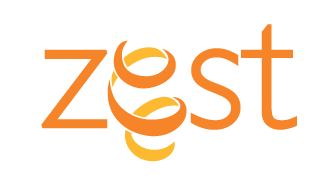 I realize I’m a bit premature talking up the New Year when 2012 is still a week away. We got a head start by celebrating the winter solstice December 21 with champagne. How can you not look ahead and start making plans with the days getting longer?

That’s not all.  I’ve had a series of odd dreams. In one I was a candidate for a new position — for what exactly wasn’t clear,but I awoke with a clear message: something different is waiting for me to find it.

I’ve also had some time to reflect and reconnect the past few weeks — laughing more than I have in a long time.  During one free afternoon,I all but bounded down a town street, carefree, with a dear old friend. We engaged in an animated conversation, the two of us bursting with energy, positively impish as we egged each other on with our harebrained ideas.

It is invigorating to know, in my late 40s, that I can feel that sort of enthusiastic. Not unlike when I was a slip of a thing on a birthday eve — finding it all but impossible to fall asleep — for all the excitement I anticipated turning … say 10. Or when I was facing my last day of school in sixth grade. I knew that the summer awaited, with day camp, a Lake Michigan vacation with my family, and long, hot nights spent playing with my friends until the street lights came on. Or when I arrived at college, eagerly choosing classes and wondering what new adventures lay ahead on campus. Each new day came full of promise.

That zest for living, that sense of gusto and anticipation has been rekindled. It’s the best gift of all. This is what has me excited about 2012.

I’m not the only one who has rediscovered zest. I recently received another inspiring guest blog post.  (You will have to wait until just after the new year to read her story.) Meanwhile, I’ll have the honor of meeting another wonderful woman, a longtime blog pal from Australia, who will be visiting San Francisco in early January after an adventure through Columbia and Costa Rica.

And romance! There’s a new dimension of zing for Mr. T. and me. We’ve never been in such great shape physically. We are hatching plans, sketching out new adventures — from a trip to South America that might lead us to take a samba dance class to exploring parts of the U.S. long on our list of places to see. Whoever said kids have all the fun simply wasn’t looking hard enough for it.

Happy, Merry, one and all!