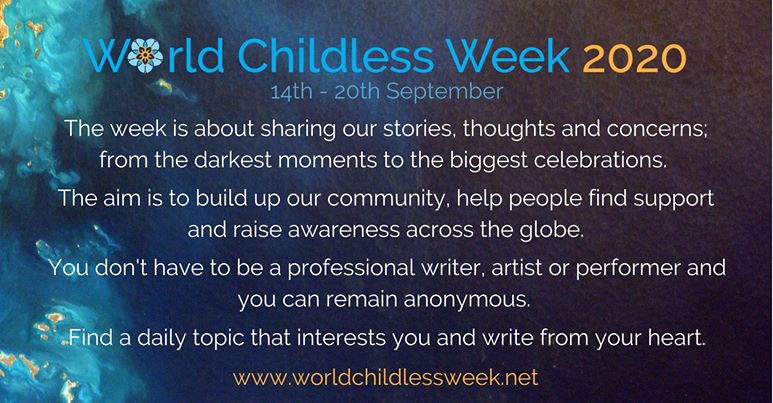 World Childless Week is almost upon us. It originated in 2017 to support and build awareness for the childless not by choice community. In its initial week, September 2017, Twitter analytics documented 1.2 million tweets of #worldchildlessweek. In 2018 World Childless Week reached 85 countries.  Readers may recall I was one of those who shared […]