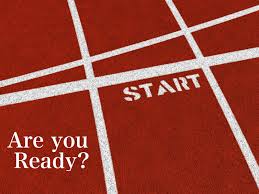 The political season is (thankfully) at an end. I’ve gnashed my teeth more than once listening to candidates — from both political parties — proclaim their fitness for office by invoking their mystical “mom” powers.

Enough already, please, with the “Mama Grizzlies,” “As a Moms” or those relying on “mom instincts.” (By the way, those “mom instincts” didn’t work out so well for Florida gubernatorial candidate Alex Sink. Maybe she should have relied on her political instincts instead.)

I wonder if candidates proclaiming their motherhood street cred fully appreciate how condescending and downright absurd they sound. I choose candidates not based on their marital or parental status but on their ability to serve the people who elect them. There are no extra points for reciting the words to the latest Wiggles tune, or knowing the most expedient way to potty train. This is how some of the political interviews sounded to me:

Ms. Tsigdinos, can you describe what makes you qualified to hold this office?
Well, as an infertile — a work-outside-the-home-infertile mind you — I believe I possess a level of organizational skill that, of course, only comes with knowing what it means to juggle competing demands. Have you ever tried to get an ultrasound, blood draw and an acupuncture appointment all in one day? Amped up on hormones no less — and be responsible for launching a new product in a workplace? My work performance has always been measured based on my creative execution and ability to meet deadlines, not on how well I led my reproductive endocrinology team — but I was able to do both REALLY well.

Ms. Tsigdinos, you’re infertile, we get that. How does that shape your political thinking? Certainly it makes me appreciate trade offs. Then there’s the compassion and the personal growth. I think we all know that infertility makes women better judges of character and more able to find compromise.

Sure, I get the marketing buzz factor of moms in office (moms are all the rage these days), but women raising children have been in politics for a long time now. In fact, many have been doing so without making a federal case out of it. Does the name Margaret Thatcher ring a bell? Sandra Day O’Connor was a state senator in 1972. And back in 1925 Nellie Tayloe Ross was governor of Wyoming.

When I first got married I remember how odd it felt to know I was someone’s “wife.” It was something I once only associated with grownups and now I was one of them. It was in a word, novel.  On my honeymoon, still energized by the bride buzz, I met another new “wife.” We bumped into each other at a swim up bar. I quickly surmised from the nonstop gazing at her wedding ring that she was also a newlywed. We giggled with amusement as one of the favorite honeymoon refrains to any question became, “I need to check with ‘the wife.’ ”

After a few weeks it got old. I can’t remember the last time I used or heard the term “wife” used liberally — or at all — in our household. You won’t hear me say, “I’m off to hang out with the wives.” I also don’t refer in casual conversation to those without children with definitive articles or marketing or biological labels — “the DINKs” or “the SINKs” or “the infertiles.”

Definitive articles are now de riguer in chitchat among the latest generation of mothers, “the moms.” Listen for it and you’ll hear it everywhere. I never recall my own mother using such a phrase,and one day asked her directly. “No,” she explained, “we made a point of wanting to identify ourselves as more than ‘moms’… ” followed by, “frankly I find it kind of weird when I hear younger women describe themselves that way today, and I am a mom.”

See also  We Are More Than What Sets Us Apart

Lest you think I’m alone in my thinking about mom-centricity, check out the following blog with its own take on the topic: Life Without Baby.

(BTW: It’s not just “the moms” who do this either. I’ve even heard younger fathers casually refer to “the dads.” There’s even The Dads Club London blog.)

11 thoughts on “Society in 2010: Definitively Annoying”