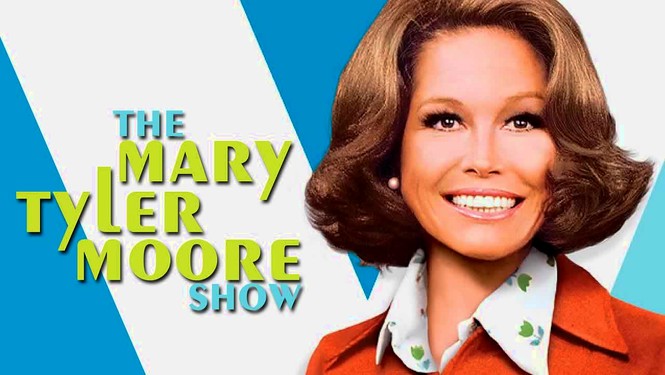 It’s Day Three of the open salon hosted by yours truly and Keiko of The Infertility Voice. We created this dialogue to discuss both sides of the motherhood debate from our unique perspectives. Why? To parse out the concerns and vulnerabilities of transition within the ALI (adoption/loss/infertility) community without tripping over political correctness and delicate sensibilities.

We hope you’ll join us every day this week and will be inspired to add your own responses in the comments or by writing your own blog posts. 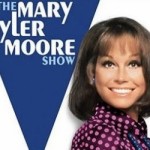 Who doesn’t relish great role models? Those confident, make-it-happen types who can inspire us to dream BIG.

My props go to spunky Marlo Thomas for her work on Free to Be… You and Me (40 years old next month) and to plucky Mary Tyler Moore, and her sidekick Rhoda Morgenstern.

In the 1970s these and many other women were celebrated for their can-do moxie. Go back earlier and there was Katharine Hepburn. That Marlo, Mary, Rhoda weren’t mothers on TV wasn’t the focus of attention. However, it carried some weight when I was a wee thing wondering how my life might unfold. On or off screen their value to society was never questioned. They brought me peace of mind. I knew I had options.

If only there were more real or fictional role models for the next generation of impressionable girls.We owe it to them to underscore there’s more to life than whether they achieve motherhood.

Just to be clear, I’m not knocking mothers who fulfill an important job. My own is a strong woman responsible for shaping and guiding who I am. It’s when mothers spend more time promoting and advocating for their ‘momminess’ rather than for the greater good, wrapping themselves up in the mommy flag and shouting from the rooftops about how special they (and their market) are, well, it gets sorta bogus.

You have to wonder are mothers in it for fulfillment, or to flash the powerful mommy card. For instance, how would removing the terms mom, mother, mommy from our vocabulary change things?

It’s hard not to long for the days when baby bumps didn’t merit magazine cover banners and motherhood wasn’t equated with sainthood. The obsession with all things mom isn’t healthy. It also sends the wrong message since the number of childless women is, yes, growing.

Nearly one-in-five American women ends her childbearing years without having borne a child, compared with one-in-ten in the 1970s, according to the Pew Research Center.

One in Five Statistic

The increase in childlessness in no way correlates with anything you’d glean browsing the grocery store magazine rack, blogosphere or tuning into news or feature show narratives. In fact, if you dropped in from outer space you would no doubt quickly arrive at this conclusion: most if not all women were either already a “mom” or busy hatching plans to become one.

What message are we sending to girls? What does the glorification of motherhood say about women who are not mothers by choice, chance or by circumstance? That we’re somehow less than? That we’d better get to a fertility clinic and fast! Otherwise, we might not fit into society’s carefully crafted view of today’s ‘bestest’ form of woman: the mommies (and let’s not forget their spending power)!

In my lifetime women have gone from being celebrated for all of their unique gifts to being celebrated for their reproductive output. How can that not instill a sense of weirdness in our culture? When was the last time you saw a woman feted for coming to terms with her infertility on a magazine cover?

Make no mistake. Moms are the undisputed “It Girls,” and they’re indulged accordingly –sometimes with their own talk shows:

Check out this New York Times review of the TV show “The Talk”:

“The show’s organizing theme and chief preoccupation is motherhood and child rearing. Guests, male and female, are introduced by how many children they have; the hosts talk at great length, and tearfully, about their own experiences.”

To emphasize how this might be taken to the extreme, the reviewer describes how the “The Talk” hosts would refer to Stalin … “he would be introduced as ‘Stalin, father of two.’ ”

The Cult of Motherhood

The Cult of Motherhood is not simply a U.S. phenomenon. It is being explored this week in a U.K. blog.  Blogger Lynn Schreiber refreshingly observes:

“When we begin a sentence with ‘as a mother, I believe…’ — does it not express that I have a more insightful comment to make than someone who is not a mother?

“Should the simple accident of biology that made me a mother mean I can demand respect for my status as a mother? Why should I ask for respect for something that millions of human beings have done – procreate.”

She goes on, adding:

“I cannot think of any wisdom (other than don’t stick a finger down the back of the nappy to see if your baby needs his nappy changed) that I have gained from being a mother. I would say that I am wiser than I was before I was a mother, but would attribute that to the intervening 10 years and not motherhood.”

See also  Teach and Learn: Lift the Veil on a Taboo

I’m glad I stopped holding my breath waiting for the Mommypalooza to wane or I’d be seriously blue in the face, or worse. It shows no signs of dissipating. In fact, it may be growing worse.  Both our First Lady Michelle Obama and her Republican challenger Ann Romney laid it on thick in their convention addresses. This summer, I wrote about the sponsors and camera operators at the London Olympics who were almost more interested in the Olympian’s mothers or the athlete’s mommy street cred than in athletic abilities.

IMHO, I don’t think the cult of motherhood serves mothers or non-moms — or girls or young woman who will one day be one or the other.

If you look really hard, there are online sites highlighting the contributions of women who are not mothers. For instance, Lisa Manterfield routinely blogs about CHEROES, (Heroes who are childfree). Karen Malone Wright runs a website called The NotMom.com described as celebrating women who are childless by choice or by chance. They are the exception rather than the rule.

As with all pendulum swings we may one day observe that parenthood (or lack thereof) is less central to identity or the topic of conversation. It’s happened before, perhaps it will happen again. To wit, I got a good laugh when I was back visiting my parents (now in their 70s).  A few weeks ago they met with two couples, college friends from years gone by. Steeped in all the parent talk I get in my own social life, I wondered how their respective grown children were doing.

My mother’s response, “actually, you kids never came up. We had other things to talk about…”

Ah, music to my ears. I’d like to think this will become a trend … if for no other reason than to level the playing field for the next generation. What say you?

32 thoughts on “The Unintended Consequences of Placing ‘Moms’ on Pedestals”