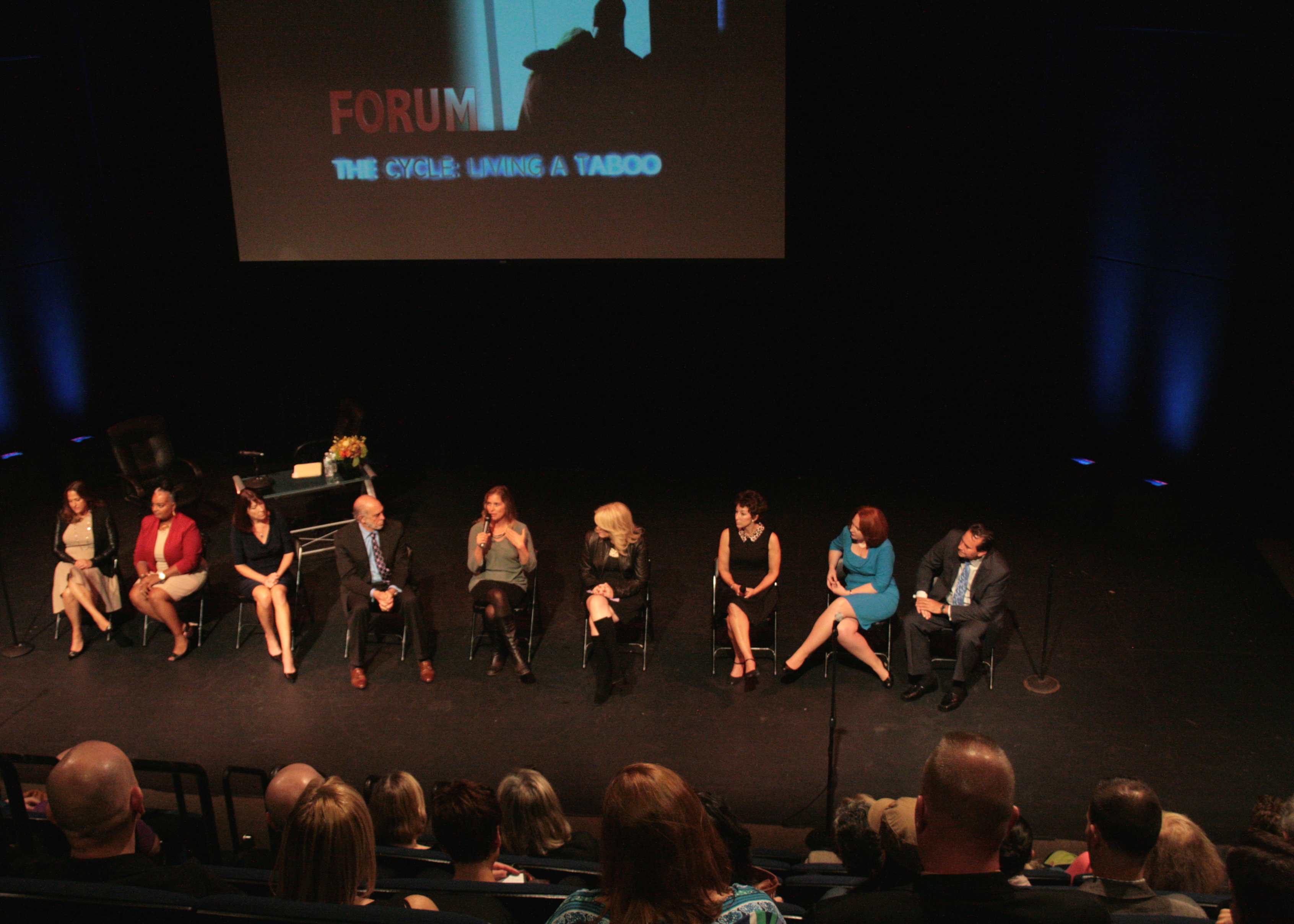 My expectations for September 27 and The Cycle: Living A Taboo were very high — not only for those of us presenting at the forum, but for those who would join us.

What transpired surpassed my expectations.

As the evening drew near, we speakers assembled in Tribeca from Los Angeles, Silicon Valley, Spanish Harlem, Boston, and Manhattan. After we checked the mics, the camera crew took their positions, and the tall theater doors opened.

In came those bringing genuine interest and (later) palpable support. The seats began to fill with people who afterwards came up and told me they had come from Washington D.C., Ohio and the surrounding New York area.

This unprecedented, patient-led public dialogue brought women and men together (both those who had and had not experienced infertility) to open a new dialogue, to candidly express and assess the conflicting emotions that infertility and childlessness raises, and to testify that infertility — and the tidal wave of emotions that result — don’t magically go away when you stop treatment.

The evening began with The Cycle creator and documentary filmmaker Irina Vodar challenging all of us in attendance to help formulate a new norm, new cultural cues and the capacity to discuss what has for too long been kept hidden behind closed doors — particularly when no children result:

We’re struggling to define a language and a protocol by which to live through the experience of childlessness first by circumstance then by science. I recognize that there are many components to it and starting the dialogue helps to define them all.

See also  We Are More Than What Sets Us Apart

As we attested during the course of the evening, the infertility diagnosis, failed treatments, lost pregnancies and prevalent cultural myths about the experience lead to sadness, anger, powerlessness and a prolonged set of conflicted feelings. It is critical, we gently advised, not only for those involved directly to find an outlet and a means of expression, but for society to provide space and permission and encouragement to do so (without judgment or suspicion) so that healing can begin.

When the immediate damage dissipates the heavy work of sifting through emotions begins … to fill the dark chasm, the void that sometimes threatens to engulf us whole.

In time, with the benefit of a grieving process, a rebuilding of identity and a new understanding and strength emerges.

Those of us on stage are a testament to that.

The greatest lessons and shifts in understanding originate because someone was willing to speak up and share what they’ve learned and, equally important, there were those willing to listen with open hearts and minds.

Laughter, tears and stories spilled out in Dr. Marni Rosner’s cozy living room just a day earlier. We had gathered on a warm early autumn Thursday evening for The Cycle: Living A Taboo rehearsal.

Our task was a mighty one — preparing to stand on stage the next night, alone, baring our souls, sharing confidences and calling up intensely personal details of our lives. We would then gather back on stage as a group and open up the microphones to the audience.

An hour earlier, Irina Vodar, Miriam Zoll and I met face to face for the very first time. With smiles that easily could have lit up New York City, we gazed at each other amazement. Countless phone calls, emails and texts were no replacement for seeing each other in, as Irina described, “our carbon form.”

See also  Blogging From Bed: Is That Acceptable?

The collective release as we took turns standing and speaking and listening seated on Marni’s sofa, chairs, and on the floor was mirrored the next evening as we heard hushed crying within the theater, heavy sighs and murmurs of surprise and grateful understanding.

Coming in the next post some questions and observations from those in attendance at The Cycle.

Also in an upcoming post, my response to the New York Times op-ed criticism and the surprising mischaracterizations about our motivation in writing it.

26 thoughts on “One Small Step For Infertility Awareness, One Giant Leap For Society”