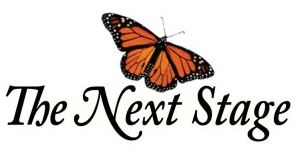 The latest contributor to our Tapestry of Voices is Lisa Manterfield, a Southern California-based writer. After making the decision to live child-free, she founded the online community, Life Without Baby, for women who do not have children, whether by chance, choice or circumstance.  Her piece, below, first ran last month in the Los Angeles Times.

I was five years into trying to conceive when I received the diagnosis that stopped my quest: premature ovarian failure. The only option for pregnancy would be donor eggs, and that was beyond our financial means and our level of acceptable medical intervention. I was only 37 years old — younger than my mother had been when I was conceived. I had no previous gynecological issues and no family history of infertility; “advanced maternal age” was a family trend, in fact. My diagnosis was completely unexpected.Like many patients, my first question was: Why? Why me? But it wasn’t long before I found myself looking deeper — for a reason, a cause, something to blame for my condition.

I examined my diet, my computer usage, the number of X-rays I’d had over the years. I took a close look at my environment and considered the effects of living in Los Angeles: Had my body been unable to adapt to the foreign water, the air quality, the allergens after I transplanted here? Maybe something had happened in my younger years. Should I blame birth control pills, heavy metals in the soil or all those trans fat-laden snacks I’d eaten as a teenager?

I’d been living in northern England in 1986 when the Chernobyl nuclear power plant exploded. I combed the Internet for fallout maps and tried to remember if I’d visited any of the countries in the most exposed zones or eaten produce grown in polluted regions.

I ran through a mental list of high school friends and assessed their current health. Out of a group of four, two had been diagnosed with infertility and another with cervical cancer. We had lost touch with the fourth member, but I found myself wanting to track her down: “Hi, Denise. I haven’t spoken to you in more than 20 years, but I was wondering about the condition of your reproductive system.”

As human beings, we endlessly question the world around us. Why did a kind neighbor become the victim of a tragic accident? Why did the person who never worked a day in his life win the lottery? We attribute these things to luck, God’s will or “just one of those things.” And yet, at the same time, we seem unable to accept this fatalistic approach to our health. We have to find someone or something to blame.

In the end, though, it doesn’t matter; finding a reason wouldn’t change my diagnosis. Eternally searching for an answer wasn’t going to help me move on to the next stage of my life — the one that wouldn’t include a baby of my own. And so, for the sake of my continued health and sanity, I eventually had to let it go. I had to stop trying to explain the past and start learning how my diagnosis would affect my future. Against my human instinct to search for explanation, it was time to chalk it up to “just one of those things.”

6 thoughts on “On Moving to the Next Stage”