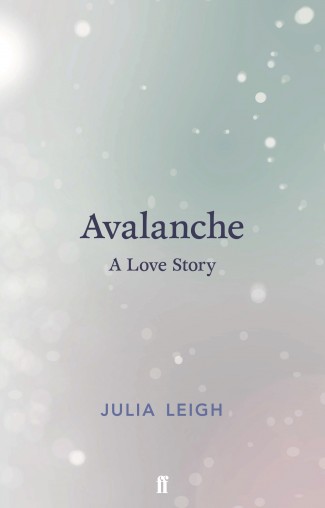 Welcome to the blog book tour for Avalanche: A Love Story

The links (below) contain book reviews and opinions and insights on Avalanche by author Julia Leigh. Please share your thoughts on the ideas raised.

Also, this blog’s readers were not the only ones who found Rachel Cusk’s NYT Book Review objectionable. My Letter to the Editor was one of several published in the Sunday, September 25, 2016 print edition. Let’s hope the letters and our blog tour help bring much needed validation to the real grief and emotional rawness Julia shared in Avalanche. It’s time for a much needed spotlight on the ‘fertility industry.’ This unregulated branch of medicine puts women in the unenviable position of determining when clinics put profits ahead of patient well-being.

Since the dawn of birth control and fertility treatment the cultural response to childless women — particularly those who tried and failed with fertility treatment — has amounted to a collective shrug. It has been acceptable to tune out, dismiss or, in the worst cases, shame or blame those who dared to speak up. For those who have felt the heartbreak and grief that Julia writes about, this is an opportunity to reshape the conversation. Our collective voices will help those who have not experienced failed IVF and its anguish. We offer a view into the premature empty nest syndrome and its ‘permanentness.’  Wouldn’t the world be a nicer place if it was no longer culturally acceptable to turn a blind eye, a cold heart or a deaf ear to those who dare reveal, honestly, the reality of aching loss captured in Avalanche?

The sun set as I finished reading Avalanche: A Love Story by Australian novelist and filmmaker Julia Leigh. With darkness falling my mind tried to make sense of the contradictions. While fertility medicine is typically presented in glowing terms, Leigh’s story opened a new window into the very real physical obstacles and anguish that accompany modern reproductive procedures.

A love story that ends with a baby, even one with Leigh’s accessible and lyrical writing is, well, ordinary. What is extraordinary about Avalanche  — and what gave this narrative added significance for me, and no doubt others who have entered into the unsettling realization that biology cannot be easily tamed — are the honest, gripping and disconcerting encounters Leigh describes while navigating the booming for-profit baby business.

But that comes later.

First, there’s the pivotal moment Leigh depicts, newly reunited with a college love, as she joyfully immerses herself in contemplating “Our child.”

“Our beautiful child, our destined child was called forth as a possibility, conjured out of the ether.”

Her tender language transported me to my own heady moment, the one when I once envisioned the magic and power of creating a new life with my beloved. Once inside Leigh’s head and heart I could almost feel, along with her, “the chemicals of love that spilled through my bloodstream.”

I willingly joined her on her journey to bring imagining and longing into reality. Her story moves from New York City in 2007 to South Bondi, a suburb of Sydney. Leigh’s expectant and heart-felt desire was tempered by the same reality that I once felt.

With a dose of caution, she (like many other earnest lovers) suggests the couple test the strength of their new-found relationship before introducing a pregnancy into the mix. She admits to the error of assuming there was time to spare. A year later, newly married Leigh’s story-telling takes on new urgency.

Her first encounter with a fertility clinic evoked memories of my own solemn, off-putting episodes. Upon entering the waiting room, no heads turn. It was, she writes, “a temple of discretion,” a place “no one expected or wanted to be.” The doctor Leigh’s trusted friend recommended was not actually someone her friend liked, rather she said, “he’s the guy who got me pregnant.”

Avalanche lays bare the messy and complex issues and conversations that accompany fertility treatment. Complications ensue and Leigh’s relationship frays. Determined to persevere in making Our Child a reality the couple begins a series of surgeries, tests and protocol-driven procedures. Once the marriage unravels, Leigh continues in her baby quest.

The dream of a child is what propels people to fertility clinics. What we learn from her story is that the tantalizing promise of in vitro fertilization (IVF), marketed for nearly 40 years by a burgeoning industry more often ends — not with a baby — but in spectacular failure. The hope that science can outsmart Mother Nature is what keeps people coming back for increasingly invasive, even experimental treatments. This dreadful and difficult contradiction dogs you each step of the way.

It slowly dawns on Leigh as she confronts the devastating disappointment of one failed cycle after another that she is in the unenviable position of having to decide when enough is enough. She writes:

“In the IVF world we all have our parameters, our personal lines in the sand. At least we do when we start out, before the harsh desert winds cut across the dunes.”

Her story, I know, will be familiar to anyone who has ever entered into an uneasy and circular discussion with a team of ‘fertility’ specialists. Side effects to medications are glossed over. Statistics are generalized. Paperwork and legal release forms pour forth. Buried in the fine print were statements that the doctor managing Leigh’s care might have a financial interest in the clinic.

“With those consents I felt the same sense of empowerment, fair bargaining, ability to discuss and negotiate a document, as I did when I signed off blindly on the terms and conditions of the latest Adobe update.”

Leigh becomes an unexpected heroine. With each successive appointment she becomes symbolic of the tribe of women who have found themselves in the unenviable position of being damned if you do and damned if you don’t pursue IVF. I nodded as I read her words:

“In the public imagination — as I perceive it — there’s a qualified sympathy for IVF patients, not unlike that shown to smokers who get lung cancer. Unspoken: ‘You signed up for it, so what did you expect…?’”

Thus, begins Leigh’s Faustian bargain. Now in the grips of clinic operators who carefully polish their reputations as providers of goodness and dreams, Leigh switches from one doctor to another hoping for a better outcome. What she discovers is that there is little to no evidence to support “optional extras” sold by clinics — yet they’re made available to stoke the chances of a different outcome.

When requesting proof that assisted hatching or “embryo glue” increased chances of successes, Leigh’s doctor admitted there was no clear evidence, however, if Leigh proceeded with them she could say she’d done all she could. On the way out of the building following one embryo transfer Leigh noticed a Bentley in the parking spot reserved for Medical Practitioners Only.

Following six for six IVF fails her doctor was ready to sign her up for another cycle. Emotionally, financially and physically spent Leigh asks how many women her age at the clinic had taken home a baby using their own eggs. The answer: 2.8 percent for 44-year-olds, 6.6 percent for 43-year-olds.

The double bind, which slowly and painfully becomes clear, is while one harbors hope of becoming pregnant it feels awkward to talk about giving up. Leigh writes: “The struggle itself had been sustaining.”

As is confessed, usually anonymously, in the blogosphere with much astonishment, Leigh realizes she could not grieve sincerely knowing there was still a chance. “Half-grief, forestalled grief, was a kind of hell.”

Like those of us who have been trapped in the ‘what ifs’ of fertility treatment Leigh gets a moment of clarity. Tapping into a new vein of strength we realize it’s up to us to decide when it’s time to stop, to save ourselves, and to find a different way to love.

16 thoughts on “We’re Not Going to Sugar Coat Failed IVF: The Grief is Real”