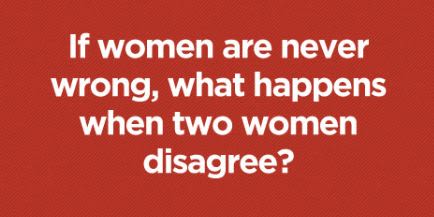 As part of my blogoversary week of lessons learned…

#2 The Blogosphere Can Foster Strange Bedfellows
One of the toughest aspects of being part of a group routinely held up for scrutiny (e.g. women without children) is facing detractors who feel perfectly at ease casting aspersions or passing value judgements on our lives. I don’t know about you, but I don’t particularly relish being put on the defensive.

That’s why it was with some relief — and a smidge of amusement — that I found myself witness to, rather than in the midst of, fur flying across the Internet. In this case the topic concerned a letter to a childless woman and, curiously, some of the most spirited protests came not from non-moms, but moms.

It began when writer and mother Janine Kovacs — who has since apologized — wrote “Maybe You Are Ready for Kids, You’re Just Not Paying Attention,” as part of a call for submissions to address the question, How Do You Know You’re Ready for Kids?” (ignoring I might add, the fact that not all can conceive, nor is adoption a sure thing for all who attempt it).

In her attempt to be “hip and edgy,” Ms. Kovacs copped to “trashing” what we later learned was a fictional friend, Doris. In reality Doris was a convenient literary device, a  punching bag composite representing women unsure about motherhood. The piece went viral and prompted more than a few angry comments and responses from writers, many of them mothers, taking Ms. Kovacs to task for:

See also  Hello Strangers: I'm an Infertility Survivor and I'm Not Ashamed to Say It

What really lifted my heart is that after years of feeling maligned (can I get an “I hear you” from the non-moms?) in a society that dotes on parents, there were mothers like Sarah MacLaughlin eager to point out that:

…parenting is not the only endorphin-oxytocin-dopamine natural high out there. And it’s certainly not the only way for a woman to reach her highest potential—do you hold the same rite of passage to fatherhood as wholly necessary for a man? People everywhere soar high and engage in meaningful, excellent, and fulfilling lives without children.

Mary Elizabeth Williams added these friendly words of advice in her Salon piece, “The only person who can ever fulfill you is you, Doris. And you have infinite worth and value right now, just as you are. Don’t let anybody ever try to tell you otherwise.”

She also reminds us that:

zealotry springs not out of faith but doubt. If you’re cool in your own life choices, you don’t need to foist them on anybody else.

Yes, it seems women over the centuries have proven highly skilled at finding ways to provoke each other — whether SAHM vs. work-outside-the-home mothers, childfree vs. mothers of all kinds, infertiles vs. fertiles (guilty as charged!) and the list goes on.

It’s only natural that we get highly territorial when we’re feeling threatened or maligned, and there are times when legitimate beefs arise deserving spirited discussion and debate. That’s one of the beauties of the blogosphere.

8 thoughts on “Not All Mothers Are Sanctimommies, Hooray!”