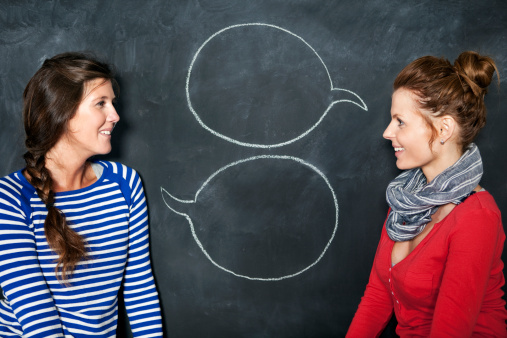 Kudos to all who dropped by to read or participate in this week’s To Mom or Not to Mom open salon. I think we pushed each other out of our comfort zones and reached a new level of understanding … I know I did.

The impetus for this idea? It stemmed from my awkwardness about Keiko embarking on a donor egg IVF cycle last month and what I should say (or not) as she worked her way through the difficult and uncertain process.

We first met in NYC in September 2010 at the RESOLVE Night of Hope ceremony. Keiko, still in the fertility treatment trenches, was being lauded for her infertility awareness-raising video. I was the odd duck — the non-mom accepting an award for a book that chronicled the painful picking-up-the-pieces process when fertility treatments fail. Repeatedly.

Fast forward two years later to September 2012. I was conflicted. I know how hard it has been for me (as well as other women in my shoes) to read about successful treatments and feel misunderstood, or worse, left behind. Most of the women in my real or bloggie life today are either mothers after treatment/adoption, or like me, transitioning to or well on the way into new lives as non-moms.

I’m rarely exposed any more to those trying to conceive (TTC). From where I sit, it’s easier to stay out of the TTC community for fear of appearing like the “cooler” or “angel of death” who might jinx a cycle. I’m also happy not to be constantly reliving that drama. For all those reasons I didn’t say anything until after Keiko’s beta came back positive. Even then I felt uncomfortable. I sent her a private message of congratulations and explained why I had been so quiet.

At the same time, I was also nursing some hurt about her aborted attempt to read and review Silent Sorority last summer. You see, it ended up in her category of books “I can’t stand to read” (ouch!).

After an email exchange a few weeks back, Keiko proposed this open salon, blog to blog. I was on the fence, worried that it might lead to more fur flying or further misunderstandings that often come with crossing over and/or feeling left behind. I know many of my blog readers are still fragile and crave a place where they can contain the conversation rather than have it co-opted or, worse, feel patronized (matronized?).

My backup plan until last week was to keep the dialogue contained on Keiko’s blog entirely. Then I relented.

A balanced conversation is not easy to come by these days, but I think we managed to tackle more than a few tough topics this week and build a new bridge in the process. Earlier today, we engaged (along with many others) in a TweetChat. The full Twitter exchange and our posts this week are contained here. (Many thanks, Keiko, for summarizing!)

Through the exchange this week, and the comments and posts from those who participated, I’ve learned a lot about where I’ve been, where I’m headed and where other paths have led, too. I’m happy to see many of our paths cross again.

Jody Day, who coaches women childless by circumstance, summed it up best today, “Women supporting women is the way forward – whatever the issue. Individually we’re great. Together, we are awesome!”

Now it’s time to raise a glass: May we always celebrate and include all women in the conversation regardless of whatever path we may be on.

See also  The Exhilaration of Acceptance

12 thoughts on “Non-Moms and Moms Bridge the Infertility Gap”