Mother’s Day is far from black and white. For many it’s stress-inducing and, simply, complicated. I know. A decade or more ago around early May I would do my best to tune out. First I adopted a bunker mentality.  Then came humor. In 2009 I solicited greeting card ideas for women who don’t fit neatly into the Hallmark view. Later I asked for and received 46 ‘non-mom’ opinions about the day: Mother’s Day from Meh to Arrrgghhh.

In more recent years I’ve contributed essays to capture the tortured moments many women experience — the latest in this piece published on Huffington Post. 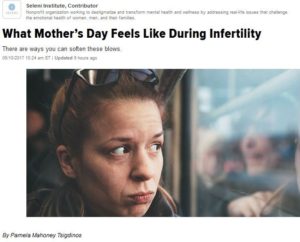 Putting it Out There

The Huffington Post essay follows others such as the one published in 2010 for The New York Times titled Mother’s Day: A Cultural Crucible. 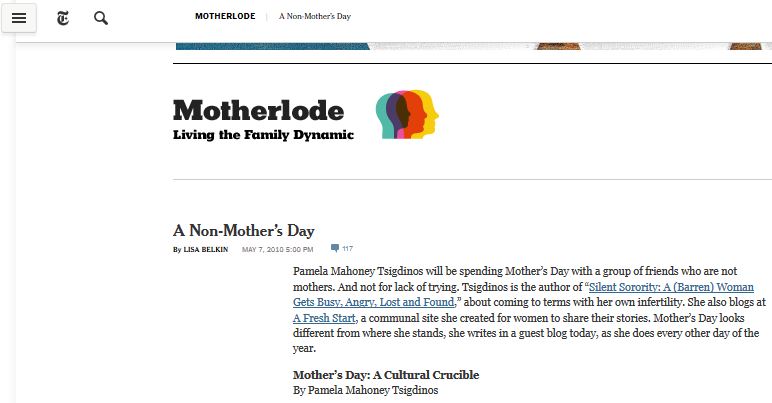 Two years ago I suggested we re-frame the day entirely in a post titled: M.O.M. – From This Day Forward It Means Mentor of Many.

Changing Minds One at a Time

But, this year brings a new approach: ‘teach-able’ moments.  Last year on the Monday following Mother’s Day, my cheerful, kind-hearted yoga instructor greeted the gathering of assorted yogis with “hope you all had a Happy Mother’s Day!” Immediately my blissful meditation turned to ‘monkey mind.’ Agitation set in. Thoughts and emotions leaped from neuron to neuron.

See also  'Fess Up. What Are Your Blind Spots?

This year I passed along the Huffington Post link from one yogi to another. Her response revealed a new level of understanding.

“So glad you shared these writings with me, Pamela.  I appreciate that you must have gone through so much internally in order to get to the place where you could give voice to this.  Having gone through 2 miscarriages in my late 30s, like when I was 38 and 39, in addition to a relationship upset/drama that seemed  to threaten my capacity to ever try to get pregnant again, or even feel like relationship was a good idea, I can really understand some of the feelings that you spoke to. You are a fantastically vulnerable, connected, and alive writer, I was very drawn in. May all that inner work and willingness be a support for others who are managing this same struggle.”

So dear readers, will hold you all in my heart this weekend and wish you strength and understanding as you relive loss amid casual celebration.