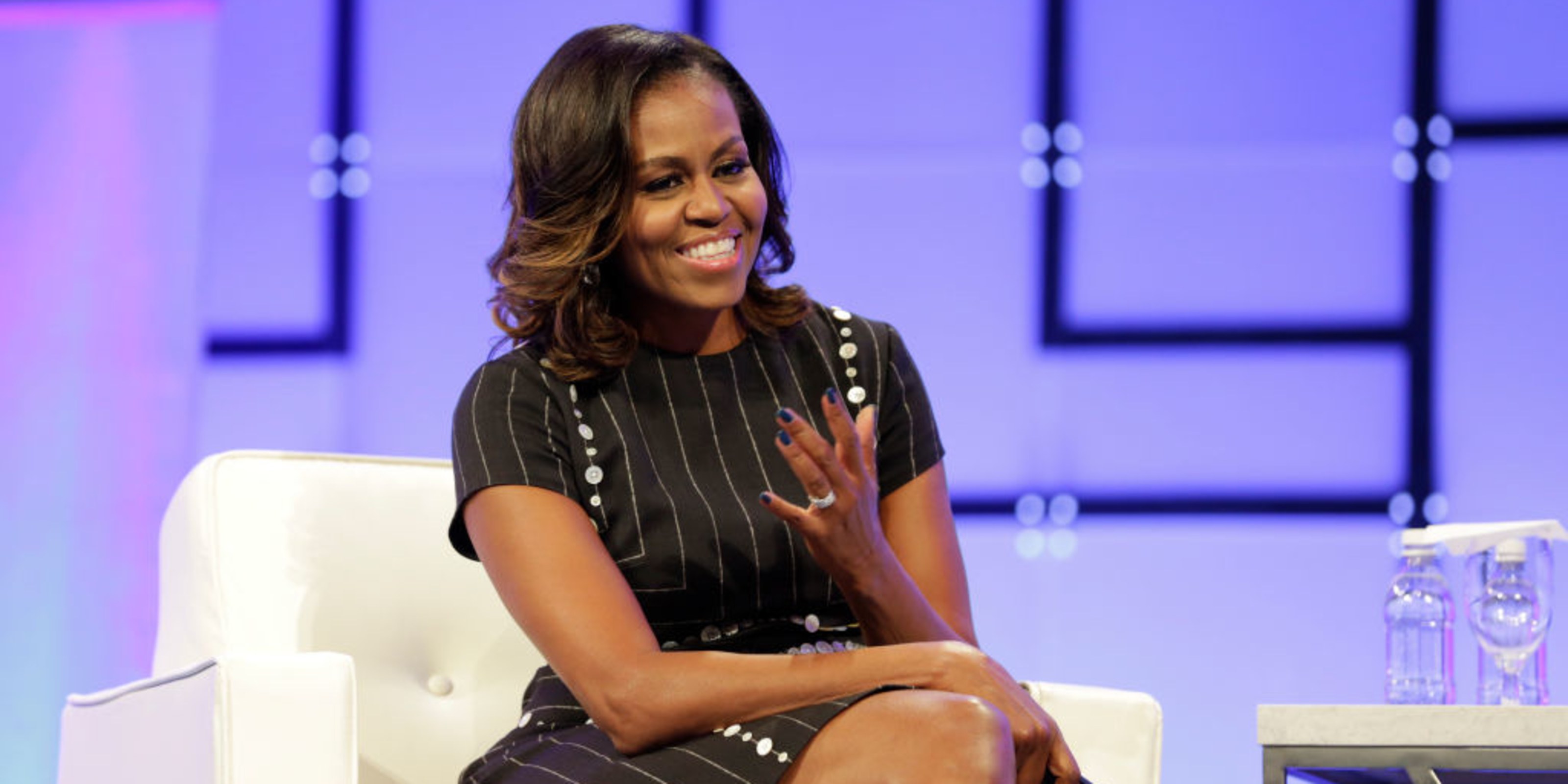 Michelle Obama had a big year. She launched a best-selling book and secured the number one spot on the list of most admired women.

In a surprise move, she also revealed a miscarriage and the use of IVF to conceive her two daughters with Barack Obama.

That last bit of news, for me, landed with a thud. It took some time to figure out why.  While I have not always seen eye to eye with Michelle, I have long admired her strength and her accomplishments. This latest cognitive dissonance stemmed from the way she conveyed her IVF news, and its ensuing coverage.

I reviewed the reporting following Michelle’s acknowledgment to see if it could help me tease out my irritation.  There was quite a bit of fawning. Many stories depicted her as brave for speaking about IVF.

Yes, it takes some courage to ‘fess up about reproductive intervention. I also know she suffered as a result of her miscarriage. I deeply appreciate the pain and stigma that accompanies pregnancy loss.  It can be excruciating to divulge the most intimate aspects of one’s life.

Michelle, however, is far from being in the lead on this topic.  In fact, she’s solidly in the middle of the pack.

I hoped for some nuance and depth on the life-altering impact of IVF, however, the coverage was one-dimensional. Piece after piece described how Michelle marched down to the IVF clinic, took control of her reproduction and tra la went happily on to motherhood. Those of us who have endured IVF know all too well, this characterization is not only simplistic, it’s misleading.

Fact is, I would have had greater respect for Michelle’s disclosure if she had followed up with some much needed IVF education.  It’s not too late, however, to make amends. She has many more book tour dates and interviews lined up in 2019.

The 21-date lineup so far includes 11 additional appearances in the US, as well as four dates in Canada. Michelle will also visit Europe for events in London, Paris, Amsterdam, and Stockholm.

So, how could Michelle break some new ground? She could discuss how grueling the IVF process is emotionally, physically and socially.  She could educate around how many times IVF fails. She could call for greater clinic oversight, consumer protections, and better informed consent procedures. She could underscore the risks involved for those injecting powerful hormones. (Read more on IVF drugs in a recent Washington Post article, Are fertility drugs safe? The industry says yes, critics worry they’re overprescribed.)

At a minimum, her audience and followers might come away better informed about how truly soul-destroying the IVF experience can be.

The Michelle Obama IVF headlines and online adulation also took me back to some excruciating periods in 2007, 2008 and 2009.

This was the time in my life when I poured my grief and anguish into my Coming2Terms blog following failed IVF. It was also when once silent blog readers (known then in the blog world as ‘lurkers’ for consuming posts without commenting) sought me out and sent sucker punch-inducing emails. They followed a strange format. They introduced themselves, and thanked me for helping them understand and validate their infertility sorrow. Then they ended their notes with a variant of:

I kid you not. These women clearly lacked empathy. They seemed curiously incapable of understanding how their news — delivered at a well publicized fragile time for me — inflamed my pain. They had remained silent while feeling validated in their infertility sorrow, and only revealed themselves to announce their ‘happy news.’

See also  The Unintended Consequences of Placing 'Moms' on Pedestals

Unless there’s a reality-based reset, I fear Michelle’s disclosure will become nothing more than another marketing tool for the IVF industry. E.g. Try IVF! Michelle did and look how well it worked for her.

I would also like to highlight another woman’s expressive way of depicting pregnancy loss and healing. If you haven’t already, please check out Mali’s blog and book. Here’s a post with more information.

10 thoughts on “An idea for Michelle Obama: Use 2019 bully pulpit to convey IVF risks, realities”