Living the life unexpected has become all too startlingly familiar, hasn’t it?

Who among us has not felt jolted by the sudden onset of this out-of-nowhere, insidious coronavirus threat to what had been our mostly well-ordered lives and sense of agency?

But, from my personally Cloroxed plane seat amid the current pandemic yesterday a spectacular sunset grabbed my attention. 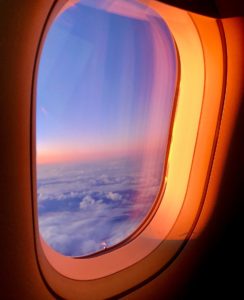 For a moment or two during my return flight from Maui, I felt liberated and apart from the anxiety, fear and uncertainty that lay below the clouds.

Flying home across the vast Pacific Ocean, I reflected on the life before my trip and the life after. This isn’t a metaphor I could have foreseen while preparing this blog post but, oh, how appropriate.

Well, for me, this being caught between two realities also delivered a strange and recognizable déjà vu. Fortunately, I’ve become rather adept at living the life unexpected.

As have many women and men who once saw their lives moving in one direction only to wake up to a new reality for entirely different reasons.

Living the Life Unexpected: The Book

First, dear readers, I’d like to welcome some first timers and blog tour participants. We are here to discuss Jody Day’s newly updated book, Living the Life Unexpected: How to find Hope, Meaning and a Fulfilling Future Without Children. (More on the book and the extensive blog tour on Jody’s website. Well done, all! Look forward to visiting and reading the many blog book tour posts that preceded mine.)

For those yet to read Jody’s book you’ll find it a tonic. Here’s why. With writing that is accessible, soothing and instructive, you will come away with ideas, voices and tools that provide some peace and grounding. It is never easy to see your life turned upside down and inside out — particularly in the family sense.

I know. I’ve been to hell and back. (Long-time blog readers will know my story quite well. Those unfamiliar can read it here, and in hundreds of blog posts over a dozen years of real-life rebuilding through my blogs: Coming2Terms and A Fresh Start and my website Silent Sorority.)

So, it wasn’t so long ago I was a scared, then sad, then angry, then lost woman. Today, most gratefully, I am a reinvented and fulfilled woman.

Unfortunately, I didn’t have Jody’s wisdom and book to guide me. I am ~a year older, however, we didn’t cross paths until I was well into my own recovery and reinvention. Each of us had been through the school of hard knocks. 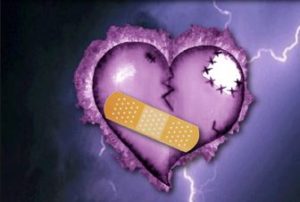 We both nursed many bruises and scars along the way.  Neither would wish that on anyone. Today, I expect many will benefit from the knowledge and the learnings contained in Living the Life Unexpected.

As I told Jody when I reviewed her latest manuscript, her brilliance lies in her ability to weave together the personal and the public forces that influence our modern identities and outlooks. As a reader you’ll find welcoming reassurances as well as exercises to navigate through, let’s face it, stormy seas.

Jody combines the practical and the academic, the personal and social influences. She explores what for many may be unexamined beliefs and cultural conditioning. You will, no doubt, come away with new insights.

Where Do We Fit In?

Not so long ago, before today’s scary headlines, I happily packed sun cream and swimsuits. The first Mai Tai, with sand between my toes, was bliss. It was not unlike 20 years ago when I frolicked in the sun on a Maui beach with my beloved with nary a care in the world. I looked forward to returning one day with our children. That was not to be.

As the sun rose and set, from February 2000 onward, the sand shifted beneath my feet. When it first dawned on me, in my early 30s, my life might not go to plan, my unease moved from existential to real.  My carefully laid plans slowly disappeared as my unexplained infertility diagnosis darkened my sky. Nothing prepared me for what came next.

As Jody writes in her book:

“It came as a huge shock to me, having been brought up to earn my own living and consider myself a man’s equal, to find myself a … childless woman in my forties with no social value or position and being expected to occupy a silent third place after men  and mothers. You only have to consider the social power contained in the expression ‘As a mother’ to see this in action…”

Tailoring Life to Your Needs

Grief is not an easy topic, nor is is it something most want to contemplate. Grief is where I got lost for an extended time.  However, grief work is essential. Jody has been a pioneer in this space for childless women. There are a few particular paragraphs from Living the Life Unexpected that resonated deeply. 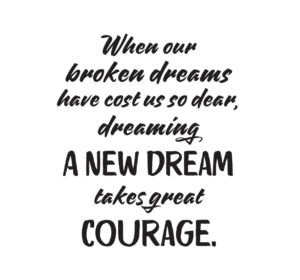 “Grief is passive; grieving is active. It took me a couple of years of continuing to feel better before I felt confident that it wasn’t a ‘blip’ and that I really was whole again. A different whole to the person I was before, but able to function in the world again.

“Grieving is an organic process, not a linear one, which can be very hard to accept in our predominately mechanistic, left-brained, analytic-ally oriented and outcome-focused culture. It may seem like an illogical process when you’re in it, because it is – it’s an emotional, psychological and physiological process that’s rewiring you from the inside out.

Grief is a process of identity transformation and that’s something you have to be patient with; remember your adolescence?

From One Generation To Another

While we are unique, we are not alone in living the life unexpected.  This realization took some serious extra effort to figure out 15+ years ago. For the younger GenX and Millenials, try to recall (or imagine) the days before Google and Twitter and other social media could deliver whatever you wanted from a smart phone. Suffice to say, I was beyond relieved to stumble into other women like me. First online, then face to face. I’d found my tribe. 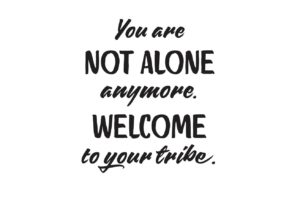 To this day I can name and remember each of the women from around the world who stepped forward to hear my story and to share theirs.  Our shared bonding gave me great comfort and still does to this day.

I’m used to being one of the older ones in the conversation. But not always. Take Marianne, 63, Married, UK, who captured for Jody what I’ve always thought privately:

“We’re constantly bombarded with photos and news items about celebrity mothers and parents in the news, for whatever reason, being described as ‘mother of two’, ‘grandmother of six’, ‘father to two little boys’! What’s the other side to that, a news item that states, ‘Childless woman blown up, but who cares anyway?’!” 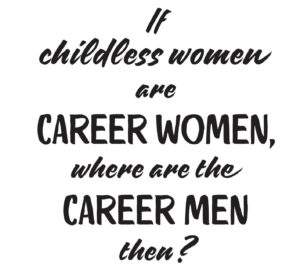 Society has consciously or unconsciously has not been kind or welcoming to childless women. The cultural representation — in movies, magazines or TV series — is anything but flattering. This is a topic I’ve written about in depth.

Jody likewise pulls no punches. Beyond sharing her story and guiding readers into exploring theirs, Jody does some heavy lifting with research to underscore why childless women are reticent to do so. She shares many resources and reference materials. One of the many troubling cultural observations I read in Living the Life Unexpected was this passage about childless women stereotypes:

“If you think I’m exaggerating how powerful these negative stereotypes are, Professor Cristina Archetti researched fifty films featuring a childless character from the US, Italy and Norway spanning the period 1949–2017. The results of her research disturbed her as it was even worse than she anticipated. In these films, the childless characters either die (often by suicide or because they are murdered for being psychotic) and only achieve some measure of normality by acquiring a baby by miraculous means, including finding them on doorsteps.

Only childless men are shown as being able to have reasonably normal lives. This is why it’s vital to tune into the ‘hidden power’ sides of these shaming stereotypes and archetypes so that we can reclaim this power in our own lives, and direct it as we see fit.”

We Have the Power to Change the Narrative

I have also been a big believer in questioning the status quo. Conventional wisdom? I see it as starting points to ask why and to invite others to do the same. Like Jody, I’ve done it through op-eds, shared perspective, original reporting, a book, engaging the press, and, yes, blogging. Like her, I also discovered, as she writes:

“I tried blogging and it seemed that the notion that I was potentially writing for someone other than myself, even just one reader, helped me to reconnect with my inner storyteller – the mystical, philosophical and cheeky little girl I’d once been and who I felt I’d lost. She was still in there, waiting for me. I discovered that even though I felt ancient and almost suffocated by grief-related depression, my capacity to dream had not been completely extinguished. It may have only been a whisper of a flame, but my pilot light was still on. And so is yours.”

It’s safe to say we all crave hope, meaning and a fulfilling future. Jody gives us an excellent framework to begin again. 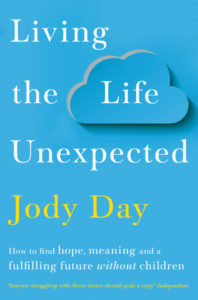 How To Read Living The Life Unexpected

UK readers can pre-order the book here. This edition is currently only available in the UK bookshops and online as both a paperback and ebook. International readers are welcome to purchase it online via Amazon.co.uk or The Book Depository (which offers free international delivery).

Repost one of Jody’s posts about the book from her Gateway Women Instagram feed at www.instagram.com/gatewaywomen between 1st-19th March and she’ll choose one repost at random on 20th March and will send the winner an Instagram private message to let them know.

Now, I welcome your thoughts.

3 thoughts on “Living the Life Unexpected Takes on New Meaning”