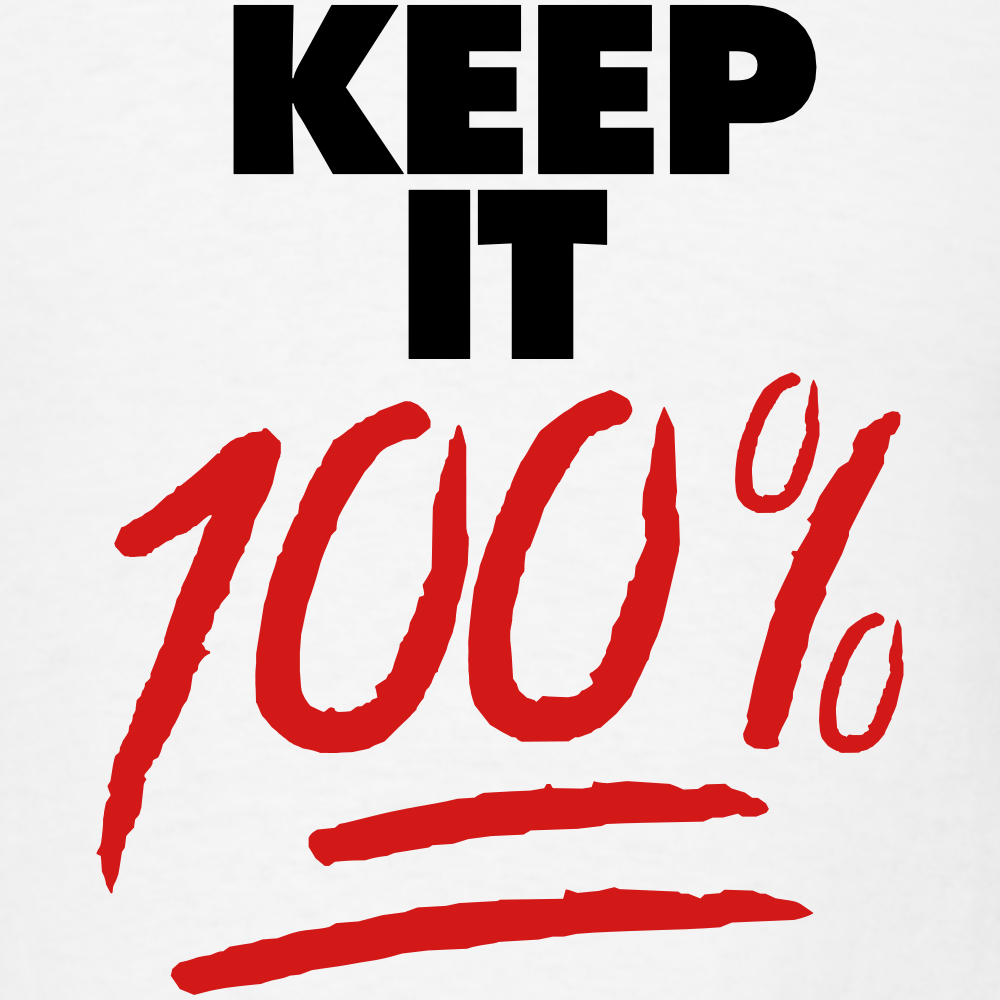 In Part II of the ‘Bitter Infertiles’ podcast transcript (Part I here or listen to the podcast here), we talk infertility trauma, the assault to identity and misplaced mommy glorification…

Mo: One of the big issues we discussed last month with a therapist was the devastating effect that infertility can have on the emotional well-being. There’s a point where you … you can be so far gone that you don’t know how to pick up the pieces.

Pamela: Even though our paths are not in any way the same, there is a shared level of trauma. The one thing I craved more than anything — as we were dealing with various losses along the way — is someone who did understand the amount of emotional cratering that happens when you have these expectations that are taken away from you, and the amount of sadness and anger and just complete and utter despair that you can feel.

And all around you, the world just continues on…

Pamela:… And nobody really appreciates just how much your world has been shattered. One of the reasons I continue to write is I did not know anyone who had stepped off the infertility track without a baby…

Pamela: And because of that, I felt completely lost. I didn’t know if I was going to be adrift for the rest of my life, if living with sadness and anger was just my lot, or if there was ever going to be the point where I gave myself permission to feel joy again. And that, in and of itself … the guilt you feel for saying, “I’m done,” almost overwhelms in a different sort of way.

Mo:   Yeah. I mean, that’s so true. Just the thought of continuing to go … and this is where I had come to. Just the thought of continuing to push forward and push forward and push forward, without any indication that there’s a resolution around the corner, not knowing what is going to happen next, and living with that kind of limbo for such a long time; I’d been living with it for 3 years. I can’t even imagine going through 11 years. I can’t imagine going through it.

“It’s … it’s exhausting. It will crush your psyche.”

Cristy:   I think it’s more than that though, too. Pamela started touching on it by … and I want to get back to this in a big way … about the fact that there are children in your lives.

Cristy:   There are your nieces. There are your nephews. They … you may be mentoring, other things like that. The point is, is that you’re choosing to live again, and you are bringing children back into your life. Now, you may not be in the traditional role of mother, but you know, let’s be honest; if we’re defining motherhood simply by one’s ability to be able to give birth … we really need to re-analyze that definition on a lot of levels. There are many types of mothers out there, yes?

Pamela: Well, nurturing doesn’t come easy when you’re coming out of that place of hurt. Mo, you talked about providing what amounts to a sort of an artificial barrier for keeping children, and especially infants out of your life. It took me a long time to stop counting; to stop figuring out how old my children would be, if we had succeeded with IVF number 1, with IVF number 2 …

And because friends of mine were pregnant the same years that I was trying, I see their children every day.

Pamela: … And I know where my child would have been. And being able to accept that. It really tested me to the core — to accept that those children who came to my friends are a part of my life and to embrace them for who they are; it really does force you to rethink what your relationship is to your friends, to your family, and frankly, your identity. I think that’s the thing that gets completely missed in all of this.

See also  Tribe: Fitting In and How We See Ourselves

Pamela:  … That, you know, you go through this period of questioning your own sense of femininity, what … what it means to be a woman. Is your body broken? How do people view you? There are a lot of really nasty terms associated with women without children.

Pamela: And I …  I sort of push up against a lot of them, because there is this glorification of mommyhood. And in a world where you can be anything you want to be, the idea that your sole defining mark is that you had children is something that I know I come up against all the time. People do pass judgment on you.

Mo: Right. There was actually … Oh, go ahead, Lori, please.

Loribeth: I was just going to say…even before we started trying to conceive I felt like there was so much more that you can ask about me than are we … expecting? And the fact that I had this sense that I’m more than being a mommy. I’m more than how big my belly is. I think that’s … that’s one thing that helped carry me through was this knowledge deep inside of me that I am more than my uterus and what’s inside of it.

Pamela:  But Lori, would you admit, though, that the pendulum has swung pretty far in the other direction?

Pamela:   You and I are of a certain age … my role models growing up were women who were pushing through new barriers, and women whose entire existence could be anything …

Pamela:   … From the president of the United States, to the astronauts we’ve seen. That was the world I grew up in. So my feeling was the world was my oyster. And yet we somehow have gone back to this very bizarre era, where parenthood is the ultimate in self-actualization.

Pamela: It’s very weird to be someone who’s not a parent in this society.

Cristy:   Right. I agree with you. So two things. One is Lori had a really great post on looking back on the things that we have failed at, and that choosing to live in the regret versus overcoming that and saying, “Look, so these terrible things happened, but look at what I do have,” and embracing what you do have…

But the other thing is, I agree with what you’re getting at, Pamela. I think it’s just a matter of perspective. I feared getting pregnant when I was younger. That wasn’t really a concern, but it still was a fear; being saddled with a child, and then not being able to pursue my dreams.

It’s interesting how, now being on the end where we have been trying to have children, that it’s kind of gone the other direction. So I agree we are living the epitome of ‘you aren’t truly a woman and you truly haven’t lived, unless you are a parent….’

Cristy:   I wonder if those are ancient mechanisms cropping back up that we need to instill that in people, otherwise people wouldn’t breed, because parenthood is a … is a hard task, and to actually do it well, a lot of people probably wouldn’t sign up for it, so instead we have to celebrate it…

“But the other thing with that, too, is that the way we’re celebrating it is very superficial. We’re not actually celebrating good parenting. We’re celebrating kicking out a baby and using it as an accessory.”

See also  Outside The Bubble

Mo: It’s cool, but it doesn’t bode so well for your paycheck. But, the thing about feminism, and I came out of my women’s studies minor before this started happening, I almost wish that this had started happening a little bit before, so we could have discussed it. But I notice this sort of feminism backlash that’s been happening over the last 5 or 6 years. How it’s become a much cooler thing all of a sudden to be a housewife, and to not want a career, and to want to be a stay-at-home mother.

“It’s so rampant at this point that I feel like a lot of women who want to say, “I’m more than the sum of my lady parts,” are ashamed to say that …”

Pamela: Well, I would add to that there is this interesting dynamic at work, and that is that I very much desire and I have gotten to a place in my life where I feel like a whole, complete human being. And I am happy with my life, and I appreciate all the things that are in my life.

“And yet at the same time, there’s this voice inside of me that feels the need to educate that getting here was not easy.”

And … I just want people to understand that there is very much a complex process. It is truly physical, emotional, societal. That we need to essentially tear ourselves down and build ourselves back up by virtue of the losses that we’ve encountered that are, for the most part, overlooked — and that there are misplaced assumptions about why we have no children, that people just overlook all this stuff that happened in the years prior to today.

Mo:  Right, and I’ll even go so far to say that, even if you are able to resolve through being able to conceive, you’re still going to have to deal … you’re not instantly transformed, and automatically, all the pain and the sorrow gets washed away.

Mo:   I mean, you’re still going to have to deal with it.

Stay tuned for the third and final part of the dialogue — finding a new normal in a society that doesn’t know quite what to make of those who walk away from failed fertility treatments.

10 thoughts on “Keeping it 100: Identity Crisis and Emotional Cratering in a Mommy Mad World”