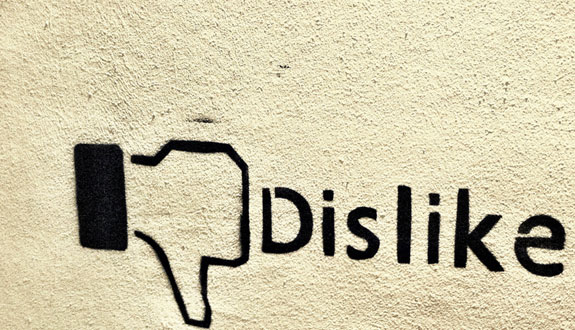 My reaction to the picture distributed by the fertility clinic was shock. Plain and simple.

In fact, my stomach turned queasy while my mind tried to process just what exactly I was looking at. The first word that popped to mind: Addiction

The breathless articles, though, on what led to the now ‘viral’ photograph — on the TODAY Parents website and on other news and feature sites — never mentioned addiction and that’s troubling in and of itself.

Instead the TODAY article noted:

The photo features a baby girl asleep inside a heart formed by hundreds of syringes and dozens of drug vials — just a fraction of what she used while undergoing five in vitro fertilization treatments.

If a street drug pusher released a photograph showing that many needles following a Rave Party we’d be outraged and encourage the user into rehab. But a fertility clinic releases it on their Facebook page and, it’s not only okay, it’s celebratory?

This is SO wrong on so many levels. First, what was the fertility clinic thinking? The twisted marketing begs these questions:

See also  IVF Industry Can't Have it Both Ways

I get it: the social approval of being pregnant or being lauded for a baby bump gets out-sized glamour. I will remember 2015 for being the year that a child posed amid syringe needles became just another social media sensation.  (Just an aside: am I alone in worrying about the kind of pressure facing the child photographed to be perfect and fulfill every other dream that her mother might conjure?)

More Than One Outcome

I’m reminded of a doctor at UCSF who dealt with high-risk pregnancies in a moment of bioethical reflection on a panel ask, ‘does the parent’s right to have a child trump the rights of the child who may be conceived?”

The woman behind the photograph who submitted to those needles and drugs said, “For a couple out there still trying and maybe are on their third or fourth try, just hang in there. It was such a struggle, but it’s worth it.”

I respectfully disagree. While she might still be buzzing from the dopamine effect, let me make clear that there are many others whose ‘trips’ aren’t so pleasant.  No instead, they’re nightmarish.

My counsel to couples or women considering turning themselves into protracted science experiments is this: Don’t take fertility clinic claims (or Facebook marketing) at face value. Of course, you will only hear about the success narratives, but keep in mind: not all who ‘just keep trying’ will achieve a pregnancy and delivery.  Beware of the many fertility clinics, fertility service providers and pharmaceutical companies who are only too happy to feed your addiction. Just check out all the companies that are excited to be at the American Society for Reproductive Medicine (ASRM) annual meeting next week:

See also  The Infertility Stories No One Advertises

Look, I know that infertility sucks. I wouldn’t wish it on my worst enemy. I know the pressure you feel to ‘keep at it’ but it’s okay to break the IVF addiction. The withdrawal will not be easy, but no withdrawal from a potent, powerful dream ever is.

I am far from alone here in my story or my caution. Lesley Joy Brown, the first human conceived using IVF, has her own worries about this.  Louise has gone on the record saying that treatments today have “gone too far,” adding, “I worry about IVF mums being pumped full of hormones.”

Louise’s mother, died in 2012 at 64 after an undisclosed illness. As I wrote earlier, it seems Louise and I and many others will learn together what the long-term effects of fertility medicine have in store for us.

I leave you with Jefferson Airplane’s lyrics:

12 thoughts on “Why Do We Look the Other Way On IVF Addiction?”