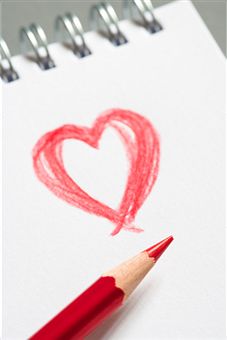 I don’t like to bring grown men to tears, not the least of which because it usually gets me verklempt.

“It has grieved me greatly,” he said with just the barest hint of Southern drawl, “to think I might have hurt you in some way…”

“No,” he continued. “As I was reading your book, I recalled the very instant, the place where we were when you first told me you were having problems with infertility. It was lunch at Uncle Yu’s.”

I flash backed to the scene seven years ago. A former boss, now friend, he seemed surprised when I ordered a glass of wine — at 11:45 am. It was to dull the ache that was once a permanent accessory.

“Yes, Pam,” his voice softened, “it’s bothered me to know that I didn’t hear you then, that I could have thrown a drowning friend a lifeline and I didn’t do it.”

He looked down. His shoulders sagged under the weight of personal failing. I looked away blinking rapidly to dissipate the tears forming in my eyes.

“Really, you couldn’t have known…”

We both looked straight ahead lost in thought.

“Do you have any idea what a great service you’ve done with your writing?” he asked, straightening up to his full 6’4″ in height, “how truly proud I am to know you.”

See also  All Women Are Infertile Most of Their Lives

“Your husband, your father. Such great men. I have three daughters…I need to know how to help them if…”

I was relieved to leave the memories of the darkness that surrounded me years earlier and return to the hard-won, peaceful state of mind that now fills my life in 2010. I collected myself and moved the conversation away from me.

“The best way to help them is with knowledge,” I counseled gently. “It’s never too early to know if everything is, um, working properly. Knowledge is power. The more you know, early, the easier it is to plan. Doctors can test for ovarian reserve, hormone levels…everything might be perfectly fine. Either way you have a baseline.”

His face revealed determination. Yes,” he said decisively.  “That never occurred to me.”

I could see the gears turning in his head. Men, I’ve learned, hate nothing more than feeling helpless. They love an action plan. We walked out the courtyard where we met unexpectedly and toward the building where we both had different meetings to attend.

Spontaneous heart to hearts seem to be happening more and more these days as people I know discover Silent Sorority and place themselves in context as they read. It’s been several years now since I began to make peace with my life, but I’m surprised, still, by how readily the emotions and memories of darkness flood back with a scene, a conversation.

Gift of the Heart

I made my way down the hall, past colleagues many of whom still know nothing of my personal drama, of all that came before in my once secret life. I found my office, opened my work email and lost myself in a project that required no emotion, only thought.

See also  When Does the Pursuit of Pregnancy Go Too Far?

This morning, recalling yesterday’s heart-filled chance encounter, I realized how much of our lives are lived at the surface and what a gift it is to truly connect from the heart.

19 thoughts on “Heart to Heart”