Getting It Together Old School 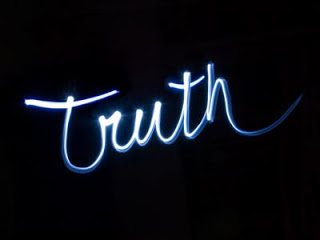 Elizabeth Gilbert I am not.

Envy about her best-seller status aside, there are other reasons to dwell on her this morning just as the sun is about to rise.

Let’s start there. The sun is about to rise and I’m *not* consumed with angst. Breakfast with angst, for far too long, was part of my  regular routine … and I’m guessing for most of the women who have walked in my shoes … just as crying in the shower and laying awake at night consumed by what ifs and second guessing was for me, and apparently for Elizabeth Gilbert as she shared in her book, Eat, Love, Pray.

As consumed as I once was with my own angst-sobbing-demon-plagued problem I couldn’t get away from her or her book, with large posters of her and stacks of Eat, Love, Pray in places from Costco to Borders to the airport. Weeks, months went by and I didn’t buy her book. I was skeptical. I usually am when I hear a book has “changed people’s lives.”

With all the fuss, though, I decided to check her out further. I watched a video of a talk she did about creativity at the TED conference, and I read her website just to make sure she wasn’t some creepy self-helpie, get-rich-quick type. What I found was an observant women who openly shared, among other things her thoughts on writing, which I found honest and practical.

It was time to crack open her book. As I wrote in an online book club post in August 2008, like the author:

…I’m not the standard issue woman. The archetypal woman’s life doesn’t apply. What’s a girl to do?

My truths are these:

Fortunately, in the past year or so I have found peace and contentment. But unlike Elizabeth Gilbert I didn’t have the luxury of a magazine paying to send me Italy, and then from there, have extended time from my “what have you done for me lately?” marketing job so I could hang out in India and Indonesia. I lust after the idea of a sabbatical the way some women swoon for George Clooney or (fill in the blank….)  But I digress.

In the wake of her great success, Liz and her book came under fire for being selfish, whiny and the like. Sure, writing a memoir is the ultimate in navel-gazing self-absorption. (How can it not be? It’s a memoir!) She also won praise and was held up as a goddess by Oprah. She garnered a loyal following of women eager to re-invent themselves and confront their truths.

Unlike Liz, I — and the vast majority of women inspired by her honesty to re-invent ourselves — had to do the emotional heavy-lifting not in the glorious surroundings of the Italian countryside, the quiet meditative gardens of India, or the exotic Indonesia.  No, we had a tougher assignment — rather than traveling abroad and getting outside the day-to-day routine, we had to reinvent ourselves in the very environments where our angst and unhappiness took root.  We had to take it “old school.”

I often wondered how Liz’s reinvention process would have differed — and whether her memoir would have had the same euphoric response if she had to do it — and write about it — staying put in her old life, among familiar ghosts, faces and places. Take it from me, it’s particularly difficult to do a major remodel of your home while you’re living in it!

A few days ago I learned Liz had yet another memoir out. My initial response: Come on now, Liz, isn’t that a little greedy? Two memoirs in less than a decade? Whatever you think about her copious sharing of her life and the blanket of publicity surrounding her again, I was taken once more by her honesty in an ABC News interview. She bristled at being compared to other “self help gurus,” and stated up front that inner peace isn’t something that’s easy to achieve. Amen to that.

I’ll drink to that. Chianti, anyone?

* * * *
And, for the rest of us who are not Elizabeth, let’s mark our getting it together old school in our own way…what do you plan to do? Are there other books that reframed how you see yourself or the experiences you’ve had?

SHARE:
Book Musings 9 Replies to “Getting It Together Old School”

Thriving After the Storm Passes

Thriving After the Storm Passes 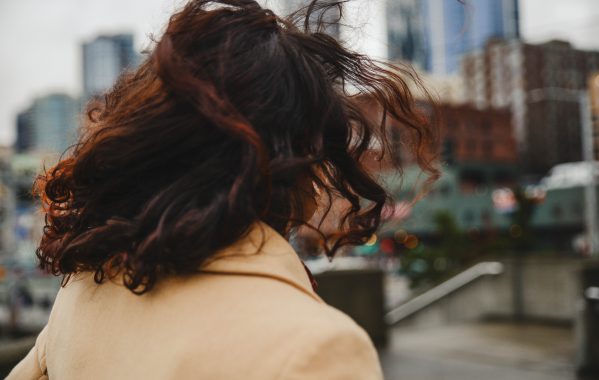 Life After Infertility: One Decade, Many Thoughts 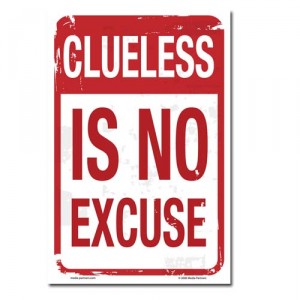 Friend or Coworker Clueless About Infertility?

9 thoughts on “Getting It Together Old School”

OK, you’ve convinced me to read it, too. I’ve been reluctant for all the same reasons! Now for the book that has helped reframe my life and guided me through infertility– The Power of Now by Eckhart Tolle. I am not, I repeat NOT, a self help reader, but on the advice of a friend who saw my suffering, I read this book. Now I strive to live it’s message everyday. It has brought me a sense of peace I could not find on my own.

I really enjoyed reading this post. I often wish I could be infertile and Angelina Jolie at the same time (probably not the greatest analogy). At least then I wouldn’t still have to live my ‘normal life’. Somehow, I don’t think it would have taken my
grief away.

I recently came off the IVF bandwagon (or rather taken off by the doctor)- 3 miscarriages, severe endometriosis and peri menopause – the odds were stacked against me. . My loving husband and I are now coming to terms with living a life child free.

My husband and I met and married ‘late – when I was 39. So the odds were not really good to begin with. I wouldn’t change a thing about it though as I am so very grateful to have found my soulmate. I am one of the lucky ones. Not many people do.

You ask in your post – what are you doing? Well I’m doing my PhD. This is my baby. Its going to be a difficult birth I can tell already. Ha ha. I am still living in the fantasy that maybe when I finish my ‘real’ baby will come. Its so hard to let go you know. Sometimes I wish I was older than my 41 yrs so people would stop asking me when am I going to have children…

Your book has really helped me reframe how I see myself. I really enjoy reading Melody Beattie as well – her daily inspirations have really helped me. My husband has turned mostly to the fly (fishing) that is. This is his therapy. More importantly though we have turned to each other.

I’m not quite sure where this new life will take us but what I do know is that we are on this road together.

Thank you for your website, blogs, books and being out there. Your presence and writings have helped me more than you may know. I don’t know how I would got (and getting) through all of this pain.

Sorry. I just forgot to subscribe to the blog :)

I wish that I had gotten to deal with my post infertility depression in Italy, Bali or India. Alas I had to deal with it in my house/on my bathroom floor and in therapy. But if a magazine editor is looking for a infertile woman to send to Italy, I am available.xoxo

Dear Pamela.
Hooray for finding your blog. Like Sam , I am from Sydney and have reluctantly completed my attempts to become a mother (8 IUI,s 10 IVF with ICSI, and a miscarriage.
I have read many books on infertility, but Silent Sorority was the one that rang true. You put into words, what many of us constantly felt, but maybe were too scared to say for fear of being politically incorrect. I cannot tell you how many times I too have disappeared into the bathroom when the fertile conversations and behavior became too much for me to deal with.
My new path in life is studying for a second masters degree while working full time, and waiting to be placed with a foster child.
Interestingly the waiting is similar to IVF in the respect that there is are no definites ie. : Can I plan this trip abroad, or attend a conference etc or will I have been placed with a child by then. Feelings all too similar to the IVF roller coaster
I agree with you comment that we will always be infertile , but I am excited about the fostering path.
i have no idea where life is leading me. There are just no guarantees and infertility has certainly taught me this. One upshot of being barren i that I have made two beautiful friends who are in the same club and I believe that those forged friendships are different from any other due to the fact that we belong to the silent sorority.
Thank you Pamela again for publishing your truly honest thoughts and feelings . You have helped me more than you could possibly realize.. You have validated my intangible losses.
I don’t think this is something we can ever fully get over but it is about changing one’s approach to life which I am currently in the process of.
I wish you well and look forward to reading further on your website.
WIth very best wishes
Lucy,
Sydney. Australia

I can’t imagine this new book will have anywhere near the same audience as the last one. I did enjoy EPL, for the most part & have found her likeable in the interviews that I’ve seen. But who wouldn’t be envious??

Offhand, I can’t think of any one book that’s changed or “reframed” my life. As far as infertility memoirs go, I think “Waiting for Daisy” is probably the best one & truest I’ve read so far. (Besides yours, of course!!) Yes, the author gets her baby in the end. But she does humbly admit that she’s damned lucky & thanks her lucky stars every day.

We Have to Believe It to See It | Silent Sorority

[…] Pamela’s post “Getting It Together Old School” and Elizabeth Gilbert‘s Committed, read pages 190+ on childlessness and […]

Psst. If You're Here for Infertility Insights You're In the Right Place | Coming2Terms

[…] you’re done here, please come visit my latest blog. It launched in January 2010 with the express purpose of documenting what it looks like to move once and for all past the […]

[…] many contributions. It’s an honor to be part of this community.  Now, welcome your ‘truths‘ […]