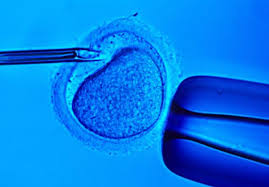 We don’t get to choose when we’re born or the era in which we live, but we can decide what  lessons we leave behind for others. Author and fellow former fertility treatment patient Miriam Zoll lays out some truths associated with what it means to be a part of Generation I.V.F. in a piece  posted to Lilith Magazine.

Those of us who were mere teenagers in 1978 when the first IVF baby was introduced to the world  listened wide-eyed at what science could achieve. Just 15 years old at the time of Louise Brown’s birth, I was still getting used to the idea of monthly cycles. (A classic late bloomer, I was 14 before I needed to locate the box of stuff my mother had set aside for me when the time came.)

I  knew the fundamentals about the birds and the bees but, like Miriam, there are a number of things I wish others had told me before I embarked on the surreal and often confusing path of trying to make a baby when it takes more than the basics laid out in Sex Ed 101.  Had someone explained assisted reproductive medicine and what it represented to me fully at 29 — when I stumbled into my first infertility screening — I think it would have prepared me better for what was to come. Here are 10 things Miriam lays out in much more detail in the Lilith article (go take a look).

1. You Will Probably Be Physically and Emotionally Traumatized.

2. Your Sexuality Will No Longer Belong to You.

3. You Will Blame Yourself.

4. The Absence of the Sacred Will Deplete You.

6. Treatments Costs a Fortune. Be Prepared to Confront Your Privilege.

8. Fertility Clinics Are a “Wild West.”

10. You Will Dislike Yourself.

Now outside the conventional child-bearing years (15-44), we women of Generation I.V.F. bring 35 years of perspective and more than a few scars and hard-won lessons since fertility medicine first arrived on the scene. We offer a concerned big sister mentality to what is often a very convoluted and emotionally charged (and often protracted) experience in pursuit of parenthood — especially if you are among the large numbers for whom fertility treatments don’t work.

In the worst of the treatment trauma, I often wanted to travel back to the time before 1978 when assisted fertility treatment on the scale we have today didn’t exist. I have been witness to that era as revealed in the “Masters of Sex” TV drama, watching as famed sexologist William Masters and his first wife are unable to get pregnant. Accepting biology’s limitations they lived in a time when it was generally understood that some people simply could not have children. As such, there was a category that existed where — while not ever easy to accept — men and women could move on  mostly free of guilt, expectation, or second-guessing about how far they were willing to push their bodies (or other people’s bodies) in pursuit of pregnancy and child-bearing. That was a time when couples who couldn’t conceive children had limited options and quickly reached a point of either living as a family of two or pursued closed adoption. (The latter option created a different sort of loss — but that’s the grist for another blog post).

Quite a few of us in Generation I.V.F. wish for those more straightforward days even today as evidenced by a follow-up story in BBC Magazine to last week’s “IVF and the Marketing of Hope” piece. Under the headline “I Wish IVF Had Never Been Invented” were stories about the added emotional complexity that fertility medicine presents. I understand where that sentiment comes from.

With the prevalence of fertility treatment options — expensive and risky as they are — there is added pressure felt among women and men well beyond their natural child-bearing years to exhaust their mental, physical and financial wherewithal in pursuit of the sometimes elusive successful pregnancy and childbirth. Oddly, we live today in a society that frames parenting as a consumer lifestyle choice and if you don’t pursue it with all you’ve got (and then some) you are expected to explain why. To Miriam’s excellent list, I would add a few more observations.

11.  Infertility will force you to define yourself outside of society’s conventional view of adulthood.

As long as there are headlines and accompanying media stories about those producing or first parenting children well into their 40s and early 50s, you will not get any free passes to move forward in your life without children. You can expect to be questioned and encouraged to continue pursuit of parenting as long as you still draw breath. The path that doesn’t involve motherhood or fatherhood will require fortitude, strength and a large sense of humor to get you through those sometimes awkward moments when you’re just not prepared or interested in offering up your fertility workup history.

See also  Tribe: Fitting In and How We See Ourselves

12. Until society recognizes that deep trauma accompanies infertility you will often find yourself without the support and healing space you desperately crave.

Empathy and understanding about the grief, loss or trauma associated with infertility and biological and scientific failure is hard to come by when society has been lulled into thinking that your childlessness is self-induced. (It has to be because fertility clinics always succeed, don’t they? oh yeah, and require no money or health risk, right? — um, no, see items #5-7 above). Fortunately, there are a few places online and within communities of those who have taken the time to learn about the very real limitations associated with Mother Nature and fertility clinics. Kind, knowledgeable souls are out there. It just may take longer than usual to find those willing to extend a helping hand as you find your equilibrium and rebuild a new sense of self.

13. Society’s obsession with all things baby is a detriment to more than infertile people.

The unhealthy fixation on parenting as the ultimate (or necessary) act of self-actualization diminishes the value of people in our society whose gifts and talents extend beyond raising children.

14. Babies are not accessories to be created for the enjoyment of their parents.

Babies grow up to be children and children grow up to be adults — those who have their own wants and needs independent of fulfilling a perceived void in someone else’s life.

15. Nurturing is not the sole province of parents; it flows from those who have the capacity and desire to share their humanity.

Some of the most giving, nurturing people I’ve had the privilege to know are also people who have never been parents. Jody Day, for instance, manages a wonderful Pinterest board of women who are not mothers but who have contributed immensely to society and to the generations that have followed them. (I also encourage you to check out her book Rocking the Life Unexpected).

Welcome your additional perspective. What truths or lessons would you care to share?