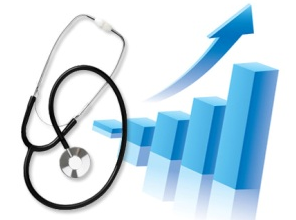 In a powerful new essay, Questioning the Cult of Repro Tech, health advocate and author Miriam Zoll reveals little publicized details behind today’s now seemingly ubiquitous fertility procedure: in vitro fertilization (IVF).  Her research and writing make for a compelling read.  Zoll raises important questions about bioethics and the way fertility medicine is marketed and dispensed. This is yet another strong case for greater scrutiny around the practices of the fast-growing fertility industry.

Among the takeaways: from its earliest days the scientists and developers of fertility medicine have systematically downplayed health risks. In more recent years the fertility industry has sought to cultivate a caring, reassuring narrative. However, the marketing obfuscates and misleads patient/consumers at their most vulnerable.

Zoll’s piece takes us back to 1978 when doctors involved in developing IVF made every effort to carefully control and withhold information, going so far as to conduct the delivery of the first ‘test tube baby’ in a secret location. They also sold the rights to the story while carefully choosing what they would and would not divulge.

Barry Bavister, one of Edwards’ graduate students who helped develop the culture medium the embryos grew in, was quoted in The New York Times as saying: ‘If the baby was abnormal, they sure did not want the press in the delivery room.’

While the arrival of Louise Joy Brown ushered in the modern day fertility industry, absent from the reporting, Zoll notes, is “any mention of the almost 300 or more infertile women at Oldham General Hospital in Lancashire whose experimental IVF procedures had failed.”

Furthermore, Zoll writes: “the exclusion of these important details immediately conjured a public illusion that IVF was routinely successful and reliable. By not telling the whole story, the doctors and the media ushered in an era of mass misinformation about the risks and limitations of the procedure – a practice the global reproductive technology industry still employs today.”

It is not unusual for IVF commercials featuring cuddly babies or instant chat windows to pop up on the screen, inviting distraught couples to click just once to enter the Promised Land.

While fertility clinics happily showcase their successes, they do not disclose how many cycles fail. The fertility industry as a rule does a particularly bad job of record keeping. The one organization that does calculate failed cycles, the European Society for Human Reproduction and Embryology (ESHRE), asserts that of the 1.5 million IVF cycles performed annually, roughly 1.2 million fail.

See also  The Infertility Stories No One Advertises

Zoll writes, “Extrapolating this over the entire four decades, it is likely that more than 20 million patients and consumers worldwide have endured fates similar to those hundreds of forgotten women at Oldham Hospital.” 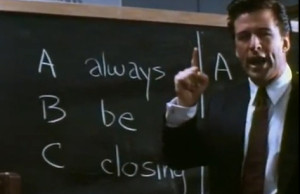 It’s queasiness-inducing to behold the slick marketing and sales lead generation efforts routinely employed by clinics eager to sign up new, usually overwhelmed customers. At this week’s ASRM 2015 Annual Meeting there were many expo hall snapshots and tweets.

In this Tweet the emphasis is on IVF patient traffic.

Increase your IVF patients 15-30%, guaranteed. Be sure to stop by #ASRM booth number 411! pic.twitter.com/Oj8nEAcVue

Among the troubling concerns this business expo raises questions about the underlying interests of the American Society for Reproductive Medicine and its members. It’s hard to square that Twitter image with this quote from ASRM Vice President Richard Paulson: “I think it is important that people understand that infertility is not just a cosmetic disease.”

When entrepreneurial business focus takes priority over evidence-based medicine one can conclude we’re living with an untenable system where the ‘do no harm’ mission no longer applies.

One doesn’t have to look far to see how difficult it is for consumers to truly assess the safety and efficacy of fertility procedures. Informed consent is hard to achieve if comprehensive well-documented, peer-reviewed research is hard to come by.

As Zoll stated so succinctly:

When you marry misinformation and the aggressive marketing tactics of the industry with the psychological profile of a woman who is nervous and fearful about her natural reproductive capacity, you begin to understand how new customers are being reeled into the waiting rooms of an estimated 2,300 repro tech clinics operating in 56 countries today.

Not to tar and feather all who make a living selling fertility procedures, some doctors do seem genuinely interested in patient care.  In response to a report this week on ovarian cancer risk from IVF, Sarah Knapton of The Telegraph sought industry comment.

“This study, from a huge database, suggests that women who have IVF with certain conditions, such as endometriosis, may be at increased risk of developing ovarian cancer,” said Dr Adam Balen. “The question remains as to whether women who have received IVF treatment should be offered surveillance/screening and, if so, how often and by what means. I think we need to call for a policy on this.”

Meanwhile Professor Geeta Nargund, Medical Director of Create Fertility, which has five clinics in the UK, said that the findings were concerning.

“Not enough has been done to safeguard the health and safety of women undergoing IVF in the UK,” she said.

“IVF should be used only when it is really needed. What we do not want is our interventions to put women’s health at risk. We should be moving towards milder stimulation and fewer drugs in IVF.”

Agree, Professor! Now if only we had some way of holding clinics accountable to ensure that they aren’t putting women’s health at risk. Maybe there needs to be an industry standard on the type of screening, protocols and procedures dispensed?

At the risk of sound like a broken record: We are long overdue in establishing rigorous health and safety standards for the fertility industry and its procedures.

Now head over to read Miriam Zoll’s piece — and be sure to let me know what you think. Share it, too. It will help others understand what led to today’s often confounding Wild, Wild West fertility industry.