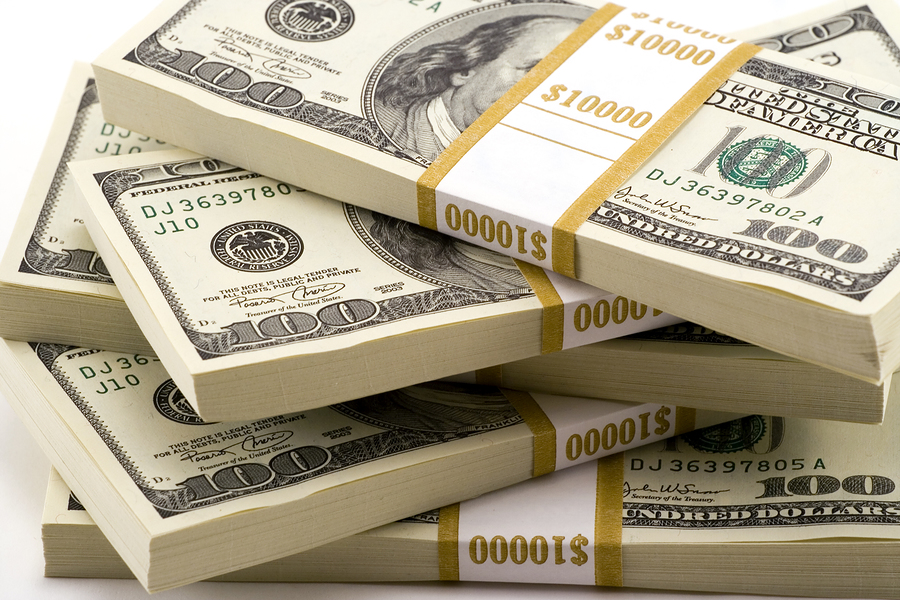 It’s no secret that I was unable to get pregnant during my prime child-bearing years.

What I possess today (and didn’t have when I was 29 and just embarking on what became a prolonged medical mystery tour) is a healthy skepticism mixed with a dose of pragmatism.

My inability to succeed with Mother Nature, and my direct experience with the deep heartbreak that accompanied promising but failed reproductive medicine makes me highly sympathetic to the plight of infertile couples and those who want to expand their families. I remember very clearly how badly I wanted to believe that the people in the white coats had all the answers for a healthy pregnancy and delivery.

That was 10 years ago when the “fertility” business was a mere $3 billion dollar industry.

When I look back on the younger me — scared and yes, willing to buy into the dream — I see I was a perfect target.  An easy mark. What began as a hopeful albeit tentative dance with multiple “best-in-class” clinics complete with invasive diagnostics and reassurances led to multiple surgeries, pharmaceuticals, procedures, Chinese herbs, more western pharmaceuticals, acupuncture and, finally, a few rounds of ICSI IVF and FETs.  Each step of the way I wrote increasingly larger checks and my credit card got a major work out.

More than a decade later  — after many gut-wracking sobbing fits and prolonged low-grade depression punctuated with the body blows that accompany the calls from the clinic saying that the alpha pregnancies didn’t make it to beta  — slowly, slowly the realization took hold that a successful childbirth would forever be out of reach. From what I know of my blog readers, my experience was far from unusual.

Now that I’ve gained some distance from my days of treatment I wonder about the next generation … the women and men now in their 30s and 40s who have bought into the notion that the 35-year-old “fertility” industry has learned a thing or two over the years of mostly failed cycles.*

Reproductive medicine has transformed from a ‘medical’ intervention appropriate for a small segment of the population into a commodity-based business, with some clinics (VIRTUS Health) in Australia going public to the tune of half a billion dollars. Monash IVF will become the second IVF company to go public.

It’s described as “a business with good growth prospects and a high-margin business,” by Acorn Capital portfolio manager Paul Palumbo who added. “Monash probably does not have the same quality as Virtus, but Virtus has done very well so there is something that is comparable.”

This past week Paddy Manning reported on the booming IVF market for Crikey. (Australian for independent journalism, Crikey has a mission to “tackle the stories insiders are talking about but other media can’t or won’t cover.”)  Manning wrote, “The IVF industry is booming, with profits up and share prices rising. But are the private companies performing the procedure accountable to their clients or their shareholders?”

Great question, Paddy! Wish we could get you into a shareholder meeting to pose that query to the board directly.

As a result of my work in the venture capital world I recently received an unsolicited pitch deck emailed from an entrepreneur eager to partake in the “fertility” industry. The investor presentation contained a slide titled:
IVF Industry Overview: Not Just for the Infertile Anymore

It’s official folks. A medical procedure developed to help infertile couples has ballooned to a $9.3B industry in 2012 and it continues to find and cultivate new easy marks. That’s right. Why should infertiles have all the fun?

A new report projects that the IVF market is set to reach more the $21.6B by 2020.  In the U.S., the number of egg donation cycles has increased from 11,000 in the year 2000 to 18,000 in 2010 — driven in part by non-Americans who are flocking to our shores to harvest the eggs of young American women who don’t quite know what they’re the contractually obligated to deliver.

See also  What Will Life Be Like if IVF Fails?

Ironically, while there has been much rightful concern about exploiting the wombs of economically disadvantaged Indian women for surrogacy, young women in the U.S. are being lured into service for their eggs due to tighter oversight and restrictions or bans in countries including Australia, Germany, Austria, Italy, Switzerland…the list goes on.

I have recently become acquainted with a few women who participated in egg “donation.” Some engaged in the practice driven by altruistic ideas. Still others were wooed by the promise of thousands of dollars.

The Cost of Life

In an eye-opening article called Cost of Life, a young Florida-based business reporter Justine Griffin (inspired to act by childhood loss) takes us inside and behind the scenes to learn what happens when she is contracted to sell her eggs to an infertile couple living in Ireland. She gives us still more to mull over in this follow up interview on We Are Egg Donors. She explains:

It scares me how little this industry is regulated. No one is looking out for the young women who find ads for clinics or agencies on Facebook, Craigslist or in their university newspaper. There are few resources online that provide factual, unbiased answers and information about the process and the risks.

Justine considered backing out only to find the agency “warned me that if I gave up now, I would have to pay back the cost of every test the couple had funded so far. Blood work. Physical exams. A mental health test. The sum was reaching into the thousands. That was money I didn’t have…I was learning that once I signed my name on a contract, I was no longer in charge of my own body. My time and medical care belonged to someone else, someone who only knew me from the photos they’d seen in an online profile and as a series of letters and numbers that replaced my name in legal contracts.”

Unfortunately, no one is conducting longitudinal health studies on the long-term health impacts for the young women coming away from the egg “donation.” Justine ended up in an emergency room not long after her eggs were harvested. Now she is left to wonder “if my body would feel the effects of my donation for the long term, affecting my ability to get pregnant later on, or make me more likely to battle ovarian cancer.” Her story is not an isolated one.

Leah Campbell, now 29, “suffered from an aggressive case of endometriosis, which led to several surgeries, an infection in her intestines and, ultimately, the removal of one of her ovarian tubes. Painful endometriomas, or hard tumors, grew on her ovaries and kept her from having a child of her own.”

In addition to couples around the world forking over tens of thousands of dollars for IVF or for younger women’s eggs in the hopes of creating families, there are now thousands of  women in their mid-to-late 30s signing on to the idea of buying into fertility futures by freezing their own eggs. What’s missing in all the enthusiastic reporting and advertising?  Jennifer Lahl, Founder and President of the Center for Bioethics and Culture warns:

Perhaps the most egregious omission from the ads promoting egg freezing is that there is no guarantee that freezing and banking your eggs for later use will produce a pregnancy that results in a live birth. In the early days of human egg freezing, it could take a hundred eggs to produce one baby. Slowly, over time, new and improved methods have been developed to increase success. Meanwhile, many make money by using women and their future children as guinea pigs.

Lahl cautions further in a recent article that “egg freezing does not really beat biology. It buys a small chance at giving birth, but at a very high price indeed.”

See also  Sadness Moves Us Toward What is To Be Gained

Something tells me that like with IVF and egg “donation,” the pregnancy viability realities of egg freezing are being oversold.  The cynic in me thinks I need to go long on the makers of Kleenex. Sadly, I foresee lots of convulsive sobbing in the future.

Where Are the Consumer Protections? And Where is the Off Ramp?

I wonder how much more quickly I might have made the adjustment to the happy life I now have as a family of two if the clinics had devoted even a fraction of the time and energy and resources they spent upselling us to the next test or procedure to gently guiding us toward accepting the reality of our biology. Is it ethical to keep selling treatments that have a very high probability of not working?

I know I’m not the only one who craved a much needed off ramp and a gentle landing rather being cast adrift with no follow up whatsoever. Looking back I am appalled by the lack of humanity exhibited. I’d like to introduce the reproductive medicine teams to the staff at my local urgent care clinic and allergy shot office, both of which I visited last year. In cases where they were tasked with setting a broken ankle and tending to a sinus infection, my husband and I got far better overall attention and follow up than I ever experienced with the for-profit fertility staff.

This lack of follow up is something the Swedes looked into in 2010 in a study on unresolved grief. The researchers concluded that “support and counseling concerning grief reactions following IVF failure, and a structured final consultation after IVF may facilitate the grieving process after undergoing unsuccessful IVF treatment.”

As those of us who have lived it know …

Social isolation, a feeling of being excluded with no understanding from their social network, was experienced by both men and women after IVF, and communication about fertility problems with close family members and friends differed between men and women, resulting in less social support among men. A lack of social support or discontent with support given leads to more grief and depression in women. For those who actively seek social support and express negative feelings, a healthier mental health outcome is described than for those who deny negative feelings and do not seek or accept support from their social network.

My point is not that people should forgo medicine entirely. Clearly science has helped some achieve what was once thought impossible, but let’s not overlook the physical and mental health and the well being of vulnerable people. It is healthy people after all, not profits that should be the highest priority.

30 thoughts on “With ‘Fertility’ Businesses Booming, Is Now the Time to Go Long on Kleenex?”