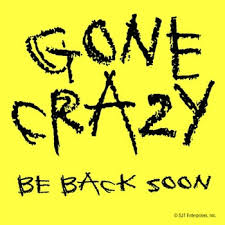 Halloween may be over, but the chance to really scare the living daylights out of someone remains real 365 days a year. How you ask? Declare that you’re stepping away from the path to motherhood — and to really induce shrieks wave around a copy of Silent Sorority. That will seal the deal. Horrors!

Of course, the scariness quotient depends on your vantage point. This morning over coffee I read a comment in response to last week’s open salon between a mom-to-be using donor eggs (Keiko) and moi, a woman who survived infertility without achieving motherhood. The comment prompted today’s blog post and the question: why does the decision to pursue a life without motherhood prompt such repudiation?

“Pamela, I had a friend who refused to even touch your book. I recognise her in Keiko’s explanation for not reviewing your book, and it brings back that feeling of being the spectre at the feast: as if my friend felt tainted by association. This friend of mine was desperately TTC [trying to conceive] at 40: in tears most of the time, her marriage failing, yet URGING me to reconsider my decision to get off the infertility conveyor belt. It was as if not having children were a death sentence for her.

“I, however, had recently had an epiphany (which I attribute in part to reading Silent Sorority!): why was I ruining my life trying to force my body to bear a child; was it really that the alternative life wasn’t worth living?? I dropped out of a donor egg cycle overseas one month before I was due to start the drugs. I had been feeling increasingly ambivalent about having a child by any means available; I experienced a violent backlash: WTF was I doing, suspending my life in this way, feeling unhappy on a daily basis, losing friendships, bitter, feeling sick about all the estrogen I had to take, believing that having children was the answer to everything?? I almost laughed out loud with relief the day I decided to quit.

“I raved about your book to this friend. She fell pregnant (vastly different factors to me: could conceive quite easily, but always miscarried). When she announced her BP to me, she was in floods of tears thinking I would be devastated at being left behind. I explained that I had given up, I couldn’t face the donor egg rollercoaster and I felt more & more relieved since I had given up. To this she said vehemently “Has that stupid book (Silent Sorority) made you go mad??”. There followed an hour of her deliriously urging me to continue, as if having a baby were the utter be-all-and-end-all. Her sorrowful conviction that a life without children is not a life worth living just further fanned the flames of my backlash. How dare people suggest that if I don’t attain a baby by any means possible, my life is crappier than theirs?? A baby was worth all the drugs, heartache, waiting??? I had never even liked kids that much. Maybe I’m different from most TTC’ers, and for me it was just “panic IVF” – insurance against future regrets – but the scales fell from my eyes.

“Reading Silent Sorority helped cement my decision to stop treatment. I haven’t looked back, but I do still feel angry towards this friend who was horrified at my decision, couldn’t countenance a life without a baby and who made me feel like the angel of death whenever we subsequently met. She has since had her baby, but ignored a gift I sent over and hasn’t replied to messages. I’m all for mutual support between mothers, IF survivors and childless/childfree women, but personally I will be staying away from those at the rabid TTC stage: we’re mutually incompatible.” 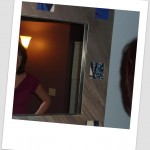 It was jarring to read about Kirsten’s experience. She deserved much better from her friend — who, having painted me as a witch, all but made me dash to the mirror to check my reflection.  I’ve looked enough times to know what I’d find staring back: a freckled face criss-crossed with laugh lines. Scary? Hardly. In fact, I’m not even a witch on Halloween. Last night I donned a Drama Queen tiara and matching sash (yes, I  love irony!) before handing out treats to more than 400 ghouls, goblins, princesses and an assortment of super heroes.

Yet in the eyes of those who hold up motherhood as the end all be all, women like me are to be feared. As happened to Kirsten, we face push back — push back hard — when we acknowledge that there might be another life waiting for us, one that doesn’t involve motherhood. To some (many?) we are mad, sorry creatures.

This is not the first time I’ve heard about women having a physical aversion to Silent Sorority. I certainly didn’t write it with an eye to a horror story or to elicit revulsion, but instead as a journey to reinvention and a path to a different sort of happy ending.

I’m not one bit surprised at the rejection given the fairy tale narrative we’re sold day in and day out. Once upon a time there was a fertility treatment … complete with pixie dust that when sprinkled with the right amount of relaxation results in a baby bump followed by a cooing baby …

To shed light on the other outcome is to make real a nightmare. The unvarnished primal nature of what’s involved in moving forward usually only gets acknowledged after giving birth, as made clear in a salon post from Esperanza:

“When I was struggling to get pregnant, and especially after my ectopic pregnancy, I could not fathom living childfree. The possibility was a death sentence. I was sure it would destroy me. In my anxious despair I never once allowed myself to consider it in any kind of rational way. It was absolutely the most devastating possibility.”

This is not an isolated response. The PAIL (Parenting After Infertility Loss) bloggers who participated in the open salon also acknowledged that it takes a strong set of ovaries to embrace a life outside of motherhood. Here’s how some responded when asked to consider a reality opposite from the one they are now living:

“At the moment I can’t create an alternate universe and think what if I didn’t become a mum because that shit is still to raw and real and could have very nearly been my destiny and I can’t even begin to comprehend the agony that must come with making that decision.”

“I see now how naive that was – I assumed parenting was a given. I simply couldn’t bear to consider living child-free. But, I have never truly been faced with the prospect, so I don’t know what it would be like. It is something I admit that I cannot bear to contemplate, while knowing full well that I have the luxury of not having to.”

And that, dear readers, is why our stories matter! Among the many princesses and superheroes who visited last night there will be one in seven who face infertility. The best treat we can give them is an open, honest discussion about life and its many different paths — no one better than another.

See also  Everything But the Kitchen Sink