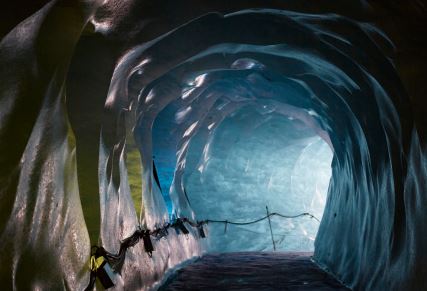 This guest post comes from Christina Gombar, a prize-winning author of fiction, memoir and literary criticism. Her voice is one in a rich tapestry of voices belonging to women who have found themselves in the clutches of the fertility industry, as well as in the unhappy position of being made to feel a “dud” for not achieving motherhood. She has made a new and satisfying life, as many of us are now attempting to do, amid a society that doesn’t seem to know how to celebrate women who are not mothers. If you have a story you’d like to add to this blog’s Tapestry of Voices, please email me: ptsigdinos (@) yahoo dot com. Comments welcome.

I consider myself less a survivor of infertility, than of the fertility industry.

Let me explain. As far as I know, I wasn’t infertile during my childbearing years. But when I was married and 30 and ready to start my family, I came down with a life-upending chronic illness. You realize you’re not parent material when you can’t recognize a box of Cheerios, forget how to use a phone, and unintentionally set fires in your own home. And, oh yes, I was taking experimental meds that were in no way pregnancy friendly.

Before that, on the scale of wanting a child (1 being “No Way!” and 10 being “I Have No Purpose If I Don’t Have a Child“), most of the time I was probably a four: “If it Happens, it Happens” was my philosophy. I’d already had a premature taste of maternity, when, at 13, my mother had a fourth child and I was designated chief babysitter. Unlike many “infertiles” and even new Moms, I knew how hard the job was, and how important it was to be fully there for it.

For several years, as I worked to get well and fully employed again, we were a happy family of two. In my mid-thirties, I succumbed to societal pressures – some might say enablers — a generous fertility benefit at my job and a clinic just down the street.  No doctor red-flagged my health condition, but as I walked down to the little clinic at the bottom of the hill in my picturesque suburban New York village, I knew I was giving myself a toxic dose just as surely as if I were scoring smack on the Lower East Side. I wound up seriously disabled after a brain infection. This time it took me years, not months, to read, write, drive and cook safely. End of Act I, I was 38.

If my husband and I’d stayed in New York, I’m certain further fertility treatments would never have crossed my mind. Because of my health, I had to be realistic. Rather than being preoccupied with my fertility, I was forced to figure out how to accommodate this new semi-sick person who’d invaded my once-healthy body.  Instead of grieving a baby, I grieved the sturdy, dynamic self I’d lost to illness. I was so overwhelmed by financial challenges, I often thanked God I didn’t have a child to provide for. But when we moved to Rhode Island, we were a complete anomaly as a childless couple.

I tapped into the last few thousand dollars in my company’s benefits piggy bank.  “You have the numbers of a 25 year old!” My doctor enthused.

I was never desperate until this final IVF frenzy. But in order to continue gambling with my mental, physical and emotional health, I had to define my future life without children in starkly negative terms. Terms that that were just plain false. But stuck in the fertility tunnel, I developed tunnel vision. Years later, I recognize it as a kind of mental illness.

How did I escape the tunnel? I’ve always come alive with travel. In 2006, I won a fellowship to attend a writers’ conference in St. Petersburg, Russia.  While I’d once considered traveling to Russia to bring home a child (a plan nixed because of my health and financials) I instead brought back myself. The self I’d pushed aside in my quest to become a parent like everyone else, that I couldn’t even see from inside the tunnel.

Once in Russia, I was no longer the semi-sick, middle-aged childless, purposeless person I felt at home, but someone who plunged easily into international life, knew how to get by in a strange city, picked up a foreign language in days. I was at one with the 15-year old exchange student who’d been so shy speaking English she often didn’t open her mouth all day at school, but when forced to speak only in French felt instantly at home in a foreign country.  On the streets of St. Petersburg I was taken for European, and when I explained I was American, I hastened to add, a New Yorker.

See also  When Life is Interrupted By Failed Fertility

Upon returning to Rhode Island, it dawned on me I might be in the wrong place, pursuing the wrong goals. I began traveling more often back to New York, and realized how much of myself I’d left behind there. I have a history there that means something profound to me.  My husband and I met in college in November of ‘81 and moved to the city June ’82. New York was the foundation not just of our adult lives, but our relationship. It is our family.

We went to New York in the middle of a terrible recession – worse than the current one – found work in the fields of our choice against all predictions, paid all our bills on our own, retracing the footsteps of our immigrant tenement-dwelling grandparents as we lived as minorities in minority neighborhoods that were often unpleasant, even dangerous.  I worked in the World Trade Center for all the big firms making news today; my husband was at the center of the dot.com boom and bust.

Having children, being part of the direct genetic chain of generations, is one way to be in the stream of life. It was easy to see myself as a dud in those terms.  But, being at the center of history, I realize, merely walking the streets of a great city like St. Petersburg or New York, is another way of being in the stream of life. Realizing this restores the parts of me that that our fertility-frenzied culture said I lacked.

6 thoughts on “Curing My Tunnel Vision”