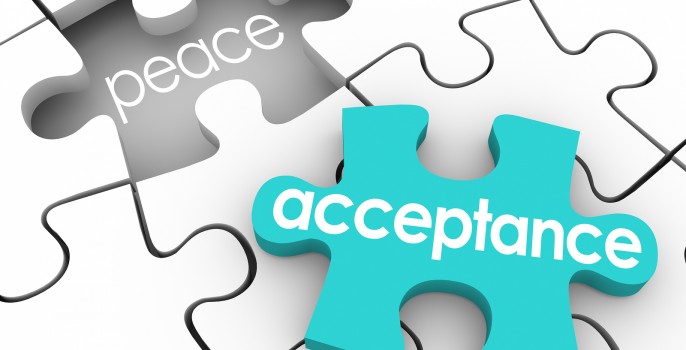 It doesn’t matter what age, what ethnicity, what country we hail from — we all desire respect, acknowledgment and acceptance.

This very human need manifests itself on playgrounds, in communities and in our day-to-day encounters.  It doesn’t need to be a grand gesture. In fact, it’s the gentle gesture that often leaves the largest impact. A friendly smile, a nod of the head, an extended hand or kind word can change someone’s day. It can also change someone’s life.

I know. I’ve been that timid girl on the playground. I’ve been that anxious young woman arriving in a new place unsure of what awaited her. I’ve felt, deeply, a sense of loneliness in search of a bit of empathy and kindness. I also recall each time someone else eased my discomfort. Made me feel whole. Truly heard me.

There are few things in life that can feel so exhilarating.

We have more ways than ever to connect with each other — a Tweet, a Like, a comment on a blog or a newspaper article. Each point of intersection holds the capacity to bring us together and remove great distances. Each allows us to express ourselves, to ask for help or to offer encouragement.

In August 2012, Jody Day was one such person. She told her story to the Irish media outlet, the Independent.

“Standing alone in the kitchen of my flat, the truth hit me: I would never have a child, would never be a mother. The noise of the traffic seemed to quieten, as if the sound had been turned down, as the realisation sunk in.”

Hers was a story that was rarely heard. And yet, in the nearly 10 years that I’ve been writing and hosting a blog, I’ve heard it echoed and repeated over and over again.  It usually begins the same way as Jody’s did.  It’s the photographic negative to the customary noisy milestone acknowledgment that accompanies the more widely recognized life-altering realization: birth.

The joy we feel when we’re heard, respected and acknowledged is no less potent. In some ways, it’s greater because it’s complicated and unexpected.

We don’t have graduation ceremonies, showers or membership kits. It’s more like the sweet calm that overcomes the child sitting apart from the others at recess when she (or he) sees a welcoming wave or an offer join in.

That is something I’ll be writing about more in the next several weeks.

Why? In two weeks I’ll be in Vancouver with a group of women who have touched my life in a gentle but powerful way. Each has brightened and brought new understanding. It started with a few blog posts, comments and emails. Out of the once difficult, uncomfortable, and isolating experience that Jody wrote about we discovered new courage and toughness — and acceptance. We may, in fact, be the first gathering of women in history to come together, stronger and more whole because of what didn’t happen.

We will fly in from Washington D.C., NYC, Windsor, Ontario, Los Angeles and San Francisco to celebrate our resilience and all

around pluckiness.  This group of women who once thought we’d be mothers is representative of a much greater but still not well understood or accepted community around the world.  Since my first blog post, I’ve connected with women in the U.K.,  New Zealand, Slovenia, France, Germany, Portugal, Australia, Canada, Finland, South Africa and many places in between. If you had told this seven-year-old girl (me) that many years later she’d be happily planning a trip with new-found friends — accepted just as she is with no judgement or questions — she’d be thrilled. I hope one day another girl or woman finds this blog post and sees that she, too, will be accepted and valued just as she is.

See also  Will It Be Fate or Destiny?

We women who have been ‘dissed’ in a noisy parent-centric world are gaining new respect and camaraderie, which is why I wish you could all be there. Perhaps one day this informal assembly won’t be a one-off but rather a regular gathering.  Meanwhile, you are welcome to join us, virtually, in the comments section to share what you’d like to say on our hike, over a glass of wine, or as we settle in following a satisfying dinner. Either way, I’ll be basking in the joy of being among those who effortlessly ‘get’ one another.

32 thoughts on “The Exhilaration of Acceptance”