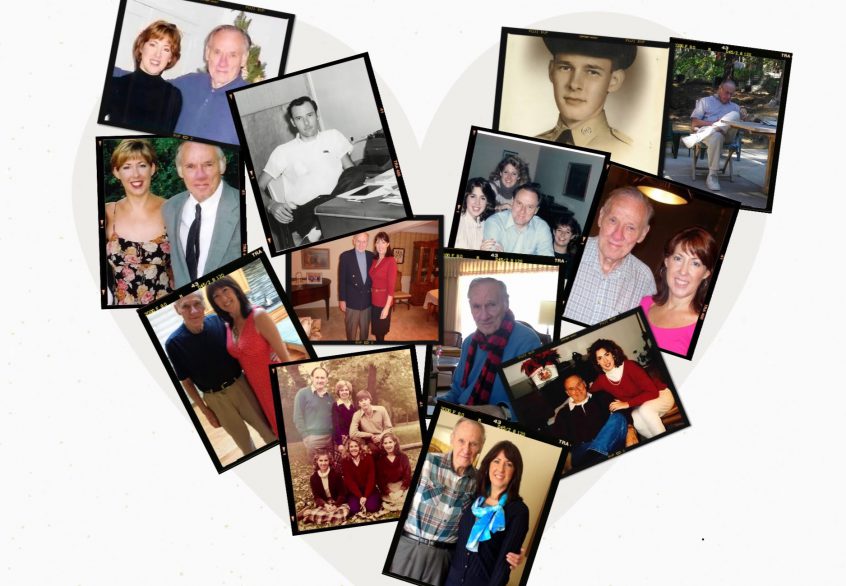 A daughter knows when her parents need her. Each Sunday during this endless pandemic, my 80-something parents waited for our weekly call or Facetime visit.  It didn’t take long for me to see my father’s long, slow dance with dementia was taking a significant toll.

An abrupt and distressing phone call was not the way I wanted the long goodbye to begin its end.

My sister called late Saturday evening, April 10, with panic in her voice. “Dad fell and hit his head and was taken by ambulance to the ER. Mom is waiting for the doctors to update her.”

The past few months, while watching snow fall in northern Nevada, I’d dreamed — once COVID vaccines became available — I’d have extended time to be a good daughter. I’d sit with my 87-year-old father and his 24/7 caregiver, my mother, in Michigan. I’d gently help my mom think through next steps.

I longed to sit by dad’s side and make him smile and laugh the way I did when I was a wee thing (me, in pink, pictured below). 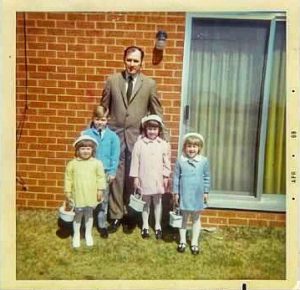 ambo!” he would lightheartedly call through the screen door from the backyard. “Come on out here and talk to me.” A bona fide chatterbox, according to my elementary school teachers, I was always ready for a chat. My father knew he could always count on me to distract and entertain him. His invitation to join him routinely led to laughter and loving banter.

“So, in school we’re reading Charlotte’s Web. It’s about a pig and a spider named Charlotte.”

As the moon rose in the late spring/early summer evening sky, I’d chatter, animatedly, swinging my legs from my webbed aluminum lawn chair about the stories I was writing or reading in elementary school. Small circles of his cigar smoke would curl up into the warm, humid Michigan air.

On the weekend nights he needed a refill on his Stroh’s beer, he’d interrupt me with a cheerful: “Pambo, run as fast as your short little legs with carry you and grab me a cold one, would you?”

Saturday was always library day. He read voraciously. The minute I saw him grab his car keys, I’d run up and ask if I could come along. “Sure!” was his ready answer. An adoring daughter, I loved to follow him through the stacks, looking up at the book spines wondering which one he’d pick.

If he became engrossed in reading one of the new releases, I’d whisper (because you always whisper in a library) and signal that I was headed to the children’s reading section. I’d grab a Highlights magazine and listen for the early warning signal: the soft clicking of my dad’s knee when he walked, which always pre-announced his arrival. 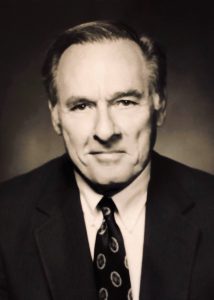 Always ready with a smile and a hug, he would sing to me and make me feel like the most important person in the room. Through all my childhood ups and downs, my father was my hero. I could always count on him for steady support and calming care well into my adulthood. I wrote about him and his kindness throughout Silent Sorority: 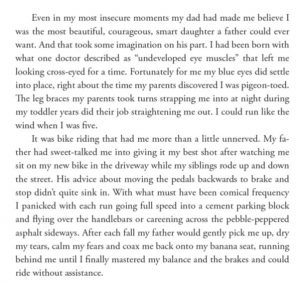 My sister’s call came on the day I received my second vaccination. Frantic follow-up phone calls made it clear our father’s accelerating dementia had hastened his decline. As the minutes and hours ticked by in the hospital, he became more disoriented and weak. I immediately altered my long-planned trip May 4 (when my vaccines would be at full strength) to fly out, Thursday, within 48 hours.

With two phones and my computer, I researched and arranged space in one of four locally accessible long-term memory care facilities while my mother and sisters were by my dad’s side. While packing, the palliative care nurse arranged a three-way call to inform us my father had developed pneumonia. Dad was in the early stages of dying and unable to swallow.

Ten minutes later, the nurse phoned me back to have an urgent discussion. The hospital ER was filling with critical care COVID cases. The hospital administrator, she said, was pressuring all staff to free up beds.

The hospital all but put a gun to my head. If dad’s family did not put a care plan in place ASAP, the case worker would begin discharge procedures to move him to a facility, and not necessarily one that we had pre-screened. He would then be quarantined and none of us would be able to see him for 14 days — likely less time than he had on this planet. It was time for a fast and complete re-think.

READ  One Small Step For Infertility Awareness, One Giant Leap For Society

We agreed to move dad home Saturday morning. Now we had to find in-home care. With a list of 20 private duty care nurse providers and four hospice teams, I set to interviewing and lining up a new care team.  We wanted dad to have the best support we could line up.

Hours later I climbed onto a plane, double masked, for the first time in 13 months for my eight-hour flight. My sister met me at the airport Thursday evening. A cold blast of night air greeted us. After an hour drive to my parent’s home, I wrapped my arms around my mother for the first time in 18 months. We settled in for some tea and a recap of the day’s latest nurse reports so I knew what to expect during my planned hospital visit Friday morning.

Dad Visits Us One Last Time 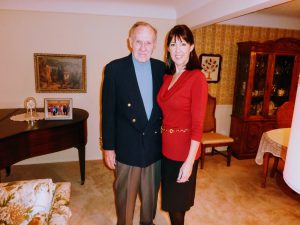 As the hour approached midnight on April 15, my mother settled under a blanket on the couch and reminisced about the first time she saw my father on the University of Detroit campus. We laughed as she recalled their early dates and the delightful ways he charmed her.

Within minutes of recounting my father’s love and devotion to her, his son and his three daughters, the phone rang. The night nurse called to softly inform my mother that my father had quietly passed. In shock, with tears streaming down our faces, we immediately grabbed our coats and headed to the hospital.

It wasn’t the way any of us wanted to say goodbye.

We console ourselves with the belief that my father actually visited us. His spirit, I said, joined us in our living room as we talked fondly about our memories and the ways in which his large presence colored and enriched our lives.  Safe in the knowledge that his daughter had arrived to help her younger sisters and his forever sweetheart, he decided it was his time to pass.

We have spent the past few days planning his funeral service for next week. Here is my wonderful father’s obituary. It only scratches the surface of the ways he touched the lives of those fortunate enough to know him.

Please keep my family in your thoughts and prayers.

SHARE:
Relationships, Remembrance 7 Replies to “A Sad Daughter Confronts the End of the Long Goodbye” 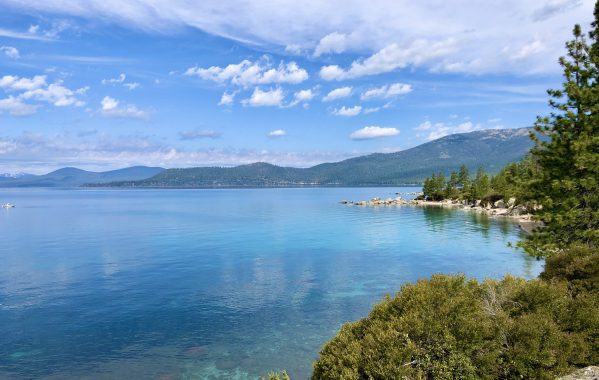 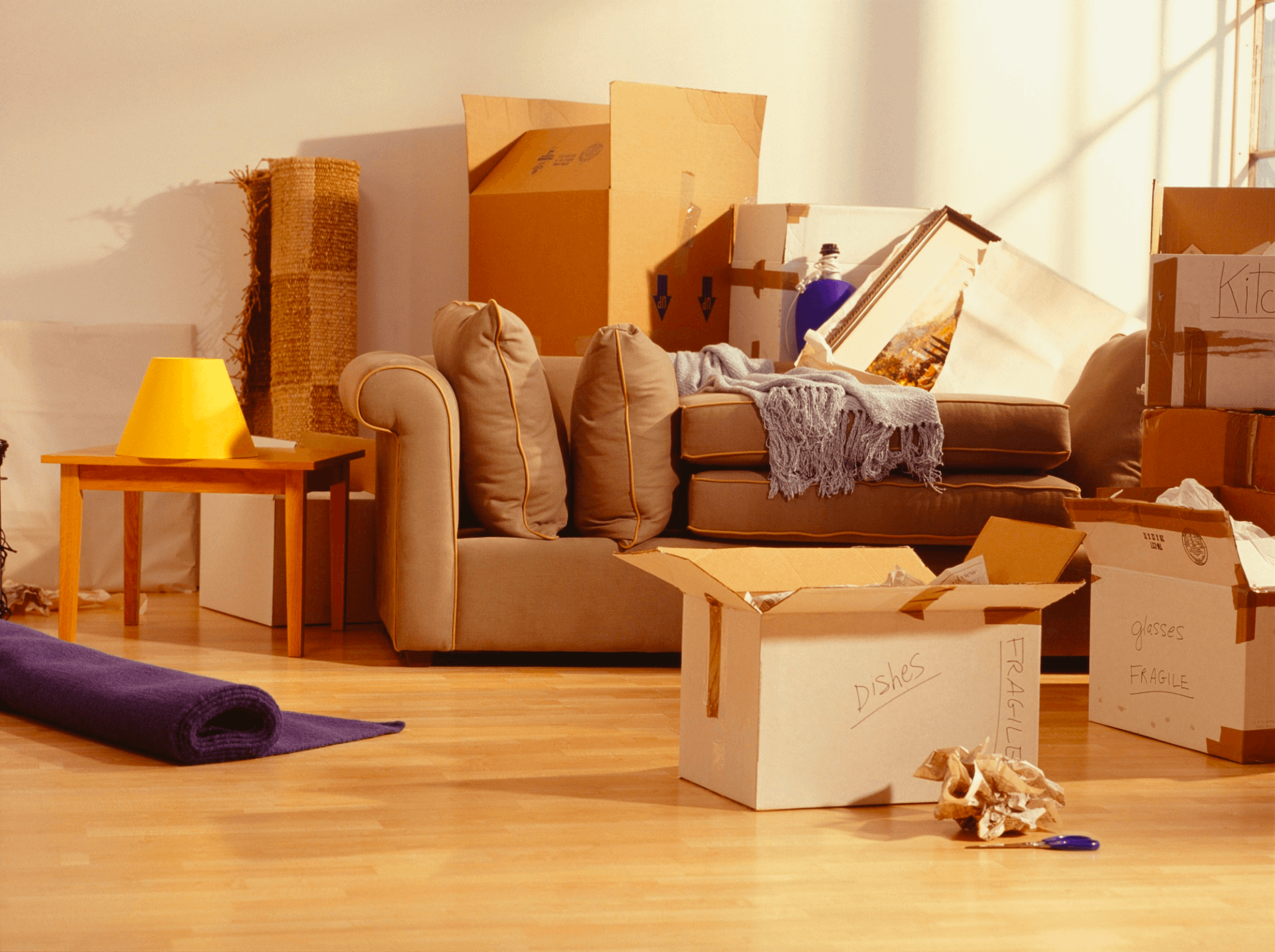 On the Move, Part One 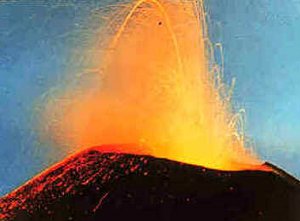 Prince Harry and I Agree: Bury Grief at Your Peril

Pamela, I’m so, so sorry about your dad! I know this was not the trip home you were planning or hoping for — but I’m so glad you can be there with your family now. Much love to all of you. xo

Pamela, I’ve said it elsewhere, but I am so so sorry. Dementia is hard enough to deal with, let alone in the midst of a pandemic when there is so much else to navigate. This is a beautiful tribute to a man who clearly was very loved, and loved in return. I enjoyed reading your earlier post about your dad too. What lovely memories you have to comfort you. I’m thinking of you, and sending hugs.

So sorry Pamela! I’m glad you at least were able to be there for your family.

Dear Pamela,
I am sending you my sincerest condolences. I’m so sorry for your loss.
I’m thinking of you.
Sending hugs from Europe,
Klara

I am so sorry. I also have the best childhood memories of going to the library with my dad. Thank you for sharing his obituary. He was very clearly a wonderfully awesome man. I am thinking of you and holding your family in my heart.

What beautiful writing Pamela ❤️. I’m so sorry for your loss & glad that you’re with the rest of your family. Sending much love to you, Lesley x

Dear Pamela, I am so sorry for your loss. You and your family are in my thoughts.