Inspired by the roundups that appear this time of year, it seemed only fitting that the Finally Heard / Silent Sorority blog and its readership weigh in. Let’s put our heads together and make a 2015 list of standouts. The contenders? New cultural beacons, particularly women, challenging conventional wisdom.

Where to look? We’ll cast a wide net. They can be found either in real life society or portrayed in TV series, books or films.  I’ll get us started with my top five cultural picks.

All Around Awesome Woman

Who doesn’t adore how this woman shows no fear? No topics are off limits for Amy. I laughed (and gasped) my way through her film, Trainwreck, which recently scored a Golden Globe nomination. Even the alternate ending for this film apparently would have kept us off balance. Seems it involved a scene with a baby and isn’t what you would expect. (Thank you Amy & Judd Apatow for not being conventional).  Keep attacking those sacred cows, girlfriend!

Best TV Portrayal of a Woman Who is Not a Mother 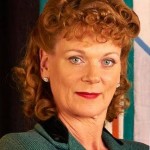 own on PBS’ Masterpiece Theater, actress Samantha Bond plays Frances Barden. She is a tough cookie — feisty but with a heart of gold. It’s well into the series that we discover Frances couldn’t have children. I would love to have the script dialogue from the episode where she is talked down to by the character Miriam Brindsley. Miriam is nursing grief over a son lost in the WWII and cuttingly discounts Frances because “she was never a mother.” Frances’ calm response nearly brought me to my feet in my living room to offer a standing ovation. Extra points to any reader who can find the script or the scene. Believe it was episode five or six…

Best Book Portrayal of a ‘Non-Mom’ 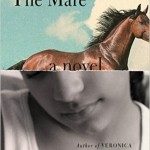 Okay, I was positively lame in the book reading department this year. Rather than dig into novels I disproportionately devoted my attention to the plethora of compelling TV series and films out this year. That said, I trust my go-to literary friend Christina Gombar who wrote in a recent email: “Mary Gaitskill’s The Mare is about a woman who tries to foster a Fresh Air Fund child. (This happened in the author’s real life). It certainly clears up any misconceptions about push-button cures for childlessness. And there are a couple of amazing, ‘never before seen in fiction’ passages where she absolutely nails the way mothers can be insensitive…

“The book has been widely reviewed, but as of yet no one has zeroed in on how great and unprecedented this is — not since Jane Austen have I seen anyone even hint in fiction, where there is a Mom and a non-Mom, that the mother isn’t automatically in the right.”

Best Character Who Made Us Think

My fave: Phyllis Smith & the Team behind Inside Out

This film is the best I have seen at distilling a complex set of ideas into a thought-provoking feature length film. As I first wrote in this post, the team earned high praise for its cultural work showcasing sadness as a organizing emotion in our lives.

Not since the Pixar film Up! have I truly gushed over an animated film. The team deftly uses nuance, laughter and a soft touch to make us appreciate how central sadness can be in helping us make sense of life, particularly losses and disenfranchised grief. This film should be mandatory viewing for people of all ages, but it’s certainly one that can help children who often lack context and the words to convey their complicated response to life and the feelings it evokes.

Best Essay on Women in Society

Via an article first shared by Kathleen Guthrie Woods … my pick is: Rebecca Solnit 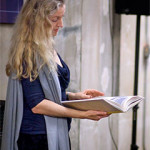 The cultural significance Ms. Solnit addresses in a Harper’s Magazine essay is immense. It has implications far beyond her to the next generation of women, girls today, who are being shaped by societal expectations.  I continue to hope that we’ll move beyond the dominant cultural devaluing of women who are not mothers, but I don’t see any signs of that happening. In this essay Ms. Solnit writes about being asked repeatedly on a book tour why she was not a mother.

See also  Kamala! Finally A Politician Who Sees Us

The interviewer’s question was indecent, because it presumed that women should have children, and that a woman’s reproductive activities were naturally public business. More fundamentally, the question assumed that there was only one proper way for a woman to live.

She goes on to point out that mothers, too, are routinely questioned about their ‘fitness’ but that’s not the point of this piece.  Ms. Solnit challenged readers further, “There is no good answer to being a woman; the art may instead lie in how we refuse the question.”

One of my goals in life is to become truly rabbinical, to be able to answer closed questions with open questions, to have the internal authority to be a good gatekeeper when intruders approach, and to at least remember to ask, “Why are you asking that?” This, I’ve found, is always a good answer to an unfriendly question, and closed questions tend to be unfriendly. But on the day of my interrogation about having babies, I was taken by surprise (and severely jet-lagged), and so I was left to wonder — why do such bad questions so predictably get asked?

Please read her full essay, The Mother of All Questions, here in Harper’s Magazine.

Now, dear readers, who would you like to honor? You are free to add categories as well.