The women’s movement galvanized attention. As a child in 1971 I felt the tension. I sat at the top of the stairs one night and overheard a rap session in our living room. The women’s conversation didn’t make a lot of sense to me, but their passion left an impression.

So, that 1970s flashback came to me as I tuned into Mrs. America. The new FX series streaming on Hulu takes us back to the 70s and a particularly contentious debate over the future of women’s place in society. 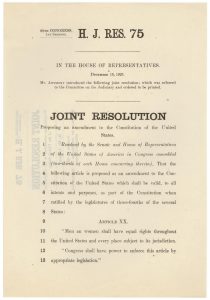 proposed an Equal Rights Amendment in 1923. 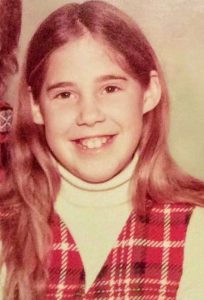 I learned about its latest incarnation in grade school.

The ERA came up in social studies class, but mostly in the context of a ‘how-to’ lesson on amendments to the U.S. constitution. I was nine years old in 1972 when the ERA passed both houses of Congress and went to the states for ratification. Right on!

My girl brain underestimated how complicated it would be to get 38 states on board. That’s thanks in large part, we’re reminded, to a disgruntled, mostly entitled crew of white housewives and mothers. Mrs. America reveals the genesis of a long-standing ugly culture war that pits women against women.

One scene in episode 1 shows Schlafly, played cool and menacing by Cate Blanchett, denouncing the evils of the ERA movement. She targets one of its advocates, Gloria Steinem. Single, childless and nearing 40  Steinem is, in Schlafly’s words: “a miserable, pathetic woman.”  Ouch!

And It Gets Worse

Schlafly’s prejudice, which lives on in today’s world, also targets Eleanor, her sister-in-law. Eleanor Schlafly never had children. According to the series writers, Eleanor’s character is used to point out the anti-ERA movement’s faults.

The STOP ERA campaign long ignored the fact that not all women bear children. In an interview transcript from January 2011, Schlafly said, “My argument was that ERA would take away rights that women then possessed. Of course that was compensation for the fact that only women have babies.”

And for women who don’t have babies?

An Esquire article titled, Phyllis Schlafly’s Despicable Battle Against the ERA Is the True Story at the Heart of Mrs. America shares her strategies:

“Schlafly founded the lobbying organization Stop ERA, which was later subsumed into Eagle Forum, a larger special interest group Schlafly founded for conservative, anti-feminist ideologies. With local chapters across the country, Stop ERA lobbied state legislatures not to ratify the amendment, trading on symbolism surrounding the traditional American housewife by delivering homemade foods to lawmakers. Schlafly and thousands of her supporters arrived at statehouses bearing breads, jams, and apple pies, with the slogan, “Preserve us from a congressional jam; vote against the ERA sham.”

Schlafly told The New York Times she was particularly proud of that campaign. She relied on an army of stay-at-home mother volunteers who baked. Their bread included tags: “To the Breadwinners from the Breadmakers.”  While she contended the amendment would deprive a woman of the fundamental right to stay home and care for her children, she employed a housekeeper and secretary.

A curious kid, I recall my confusion over the lack of ERA agreement among women. Why shouldn’t women be equal to men?

Well, Schlafly had no problem spinning a web of misinformation and fear campaigns. She had me convinced in the 1970s I’d be drafted.  (BTW: The draft was abolished in 1973.)

Blogs and social media platforms obviously didn’t exist in the 1970s, but Schlafly’s monthly newsletter and political lobbying reached far and wide. She was a regular on evening news and TV magazine programs. Every time I saw her appear on our family room TV she made my skin crawl. There was something so self-righteous and alienating about her.

See also  Sheryl and Erin Mix it Up

She delivered her doom and gloom messages and denigrated women who were not housewives and mothers with a tenacity and contempt that takes your breath away.

Mrs. America makes it easy to see now how she co-opted a straight-forward change to the constitution and turned it into a platform for conservative political point scoring.

Meanwhile, back in the 1970s, I related to Gloria Steinem’s youthful energy and independence. Her

rebellious Ms. magazine provided a platform for those who didn’t have the luxury or desire to rely on a man to be the breadwinner. She and women like her busted down barriers and paved new opportunities for my generation to be more than a teacher, nurse, housewife or secretary.  Marlo Thomas and others also created positive associations for women who did not become mothers.

However, Schlafly’s very public work left a destructive wake and made it harder for women who didn’t conform to her view of the world. This remains true today.  I didn’t think it was possible to dislike Schlafly more than I did, but now seeing the 1970s again through adult eyes, I see Schlafly did nothing to advance women like me.

Ruth Bader Ginsburg, on the other hand? Now, she is someone I pray for every night.